The half vampire, half human superhero Blade is back to continue his quest to rid the world of all vampires. However, when a new, even more powerful form of vampire known as a Reaper emerges and threatens not only humans, but vampires as well, Blade must join forces with his mortal enemies to save the world. With his partner Whistler now alive and by his side, will Blade be able to stop the Reapers and discover their dark origins before his fragile alliance with the vampires crumbles? 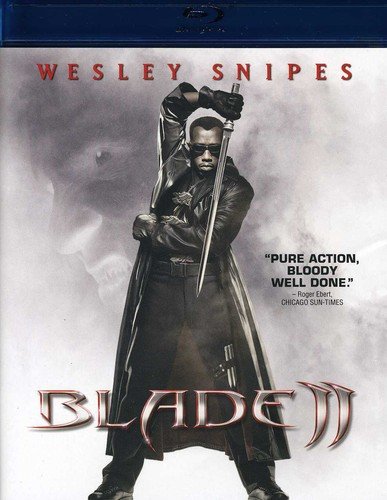 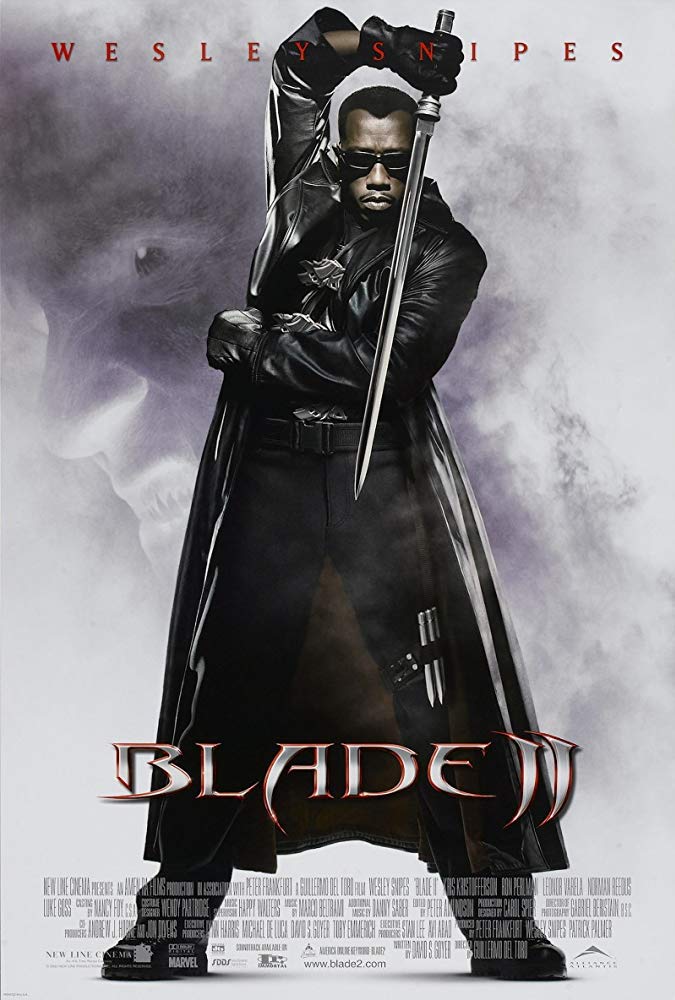 In Blade II, Blade (Wesley Snipes) has returned and he is in Prague looking for his mentor Abraham Whistler (Kris Kristofferson). Blade believed Whistler was dead after he had been turned into a vampire by Deacon Frost (Stephen Dorff) and had been thought to have killed himself in the previous film. However, Blade discovers Whistler being held in a vampire safe house. Blade frees his mentor and takes him back to his safehouse where he administers an anti-virus vampire serum that reverts Whistler back to human. In Whistler’s absence, Blade has been working with a young weaponsmith by the name of Scud (Norman Reedus).

Meanwhile, a new super virus known as the “Reaper virus” is causing a pandemic amongst the vampire community. When infected, vampires mutate into a powerful blood sucker known as “Reapers”, who are immune to most vampire weaknesses. Anyone is who fed on by a Reaper, human or vampire, turns into a Reaper. The vampire community is unable to combat the Reapers, so the Vampire Lord Eli Damaskinos (Thomas Kretschmann) sends two emissaries, Asad (Danny John-Jules) and his daughter Nyssa (Leonor Varela), to seek a truce with Blade so that they may combat their mutual enemy.

Damaskinos explains to Blade that a vampire by the name of Jared Nomak (Luke Goss) was the first infected by the virus and is now purposefully feeding on other vampires to spread the disease. Damaskinos argues to Blade that once Nomak is done with the vampire community that Nomak and the Reapers will turn their attention to humans. Blade reluctantly agrees to help.

Asad introduces Blade to the Bloodpack, a group of vampires who have been specifically trained to kill Blade and are led by Asad. In addition to Asad and Nyssa, the team consists of Reinhardt (Ron Perlman), Chupa (Matt Schulze), Snowman (Donnie Yenn), Lighthammer (Daz Crawford), Priest (Tony Curran), and Verlaine (Marit Velle Kile). Reinhardt doesn’t relish the idea of working with Blade and threatens the daywalker, so Blade plants an explosive charge on the back of Reinhardt’s head to keep him in line.

The team starts by investigating the House of Pain, a vampire nightclub. They immediately encounter several Reapers and are dismayed to learn that their weapons are ineffective against the super vampires. Nomak arrives and holds Nyssa hostage. Blade tries to free Damaskinos’ daughter and fights Nomak. Nomak takes down Blade, and only a burst of sunlight reflecting off Blade’s sword saves Blade. However, Priest becomes infected in the battle and Blade kills him. Additionally, Whistler deserts his post and Lighthammer is infected as well but keeps that fact hidden from the group. Whistler returns and tells Blade that he followed a Reaper who was lagging behind and discovered it trapped at a sewer entrance. The group captures the sole Reaper and take it back to the safe house for observation.

Once back at the headquarters, the captured Reaper dies of thirst. When they dissect his corpse, they discover that most Reapers tend to burn out within 12 hours if they do not feed. They also find that the Reapers have an additional layer of bone over their heart, which protects them from piercing weapons unless they come from the side. The Reapers are still vulnerable to sunlight, so Whistler and Scud create UV projectors for the team. Blade and the Bloodpack then return to the sewer to search for the Reaper nest.

While searching for the nest, Lighthammer finally turns to a Reaper. He kills Snowman and pursues Verlaine up a manhole ladder where both are killed by the sunlight when Verlaine removes the manhole cover. Asad is drug underneath the water and killed. Chupa, who holds a grudge against Whistler, turns on the human and attacks him. A group of Reapers appear and kill Chupa, saving Whistler. Whistler attempts to escape from the Reapers and encounters Nomak. The Reaper leader reveals information about Damaskinos and gives him a royal seal ring. Blade kills all the Reapers except for Nomak by deploying a special UV emitter bomb, which saves Reinhardt and Nyssa. However, Blade is betrayed by Damaskinos and his people who show up and stun Blade.

It is revealed that Damaskinos created the Reaper virus himself in the attempt to create a stronger vampire species in the form of Blade. However, the experiment failed and Nomak was the result. Whistler shows up and demands the truth. He throws the royal seal ring at the feet of the Vampire Lord’s feet. Damaskinos confirms that Nomak is his son. Scud reveals himself to be Damaskinos’ familiar, a human servant loyal to a vampire master. Blade replies that he had always known of Scud’s disloyalty and kills the human with the explosive charge he had placed on Reinhardt previously.

The Vampire Lord orders his scientists to dissect Blade so that they can learn to duplicate his abilities. Nyssa confronts her father about his deception and his willingness to sacrifice his own children. Damaskinos tells her that for the survival of the vampire race that he will sacrifice everything, including his own family. Whistler escapes his captors and brings Blade to a blood pool, where the daywalker regains his strength to kill Reinhardt and his men.
Damaskinos attempts to escape from Blade and Nomak, but Nyssa locks the exit door.

Nomak pursues his father and sister and catches up to Damaskinos at his private heliport and kills him. Nyssa offers herself to Nomak to be bitten and he infects his sister. Blade arrives and fights Nomak. During the fight, Blade stabs Nomak in the heart by putting the blade through the side. Defeated, Nomak commits suicide by shoving the sword all the way into his wounded heart. Blade runs to Nyssa’s side as she struggles with the virus overtaking her body. She asks to see the sunrise, and Blade takes her outside where she dies while watching the sunrise.