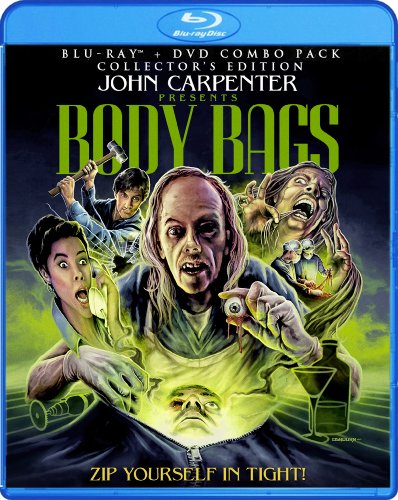 The film is made up of three short stories. Carradine and Naughton pump-up for high-octane horror when a satanic serial killer stalks “The Gas Station.” Stacy Keach, Deborah Harry, and rock superstar Sheena Easton wig-out in the hair-raising tale of tonsorial terror, “Hair.” And special guest director Tobe Hooper takes the reins when Mark Hamill and Twiggy set their sights on the supernatural and stare Evil right in “The Eye.” So zip yourself up tight and chill out with host John Carpenter in the shock-around-the-clock scare-fest that will keep you coming back for morgue!