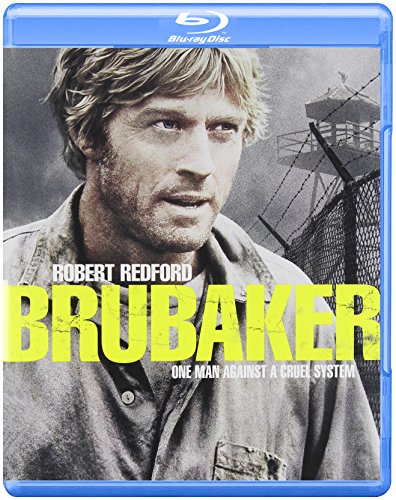 20th Century Fox Home Entertainment has announced that they are bringing the prison drama Brubaker to Blu-ray this May. The film is directed by Stuart Rosenberg and stars Robert Redford, Yaphet Kotto, Jane Alexander, David Keith, and Morgan Freeman. Brubaker will be available online and in stores beginning May 7th.

The film is a potent drama based on the real life story of Tom Murton, the prison superintendent who rocked Arkansas politics when he exposed scandalous abuses and murders in a state prison. Posing as a new prisoner, Brubaker (Redford) discovers vast corruption in a state penitentiary before revealing himself to be the new warden. His personal crusade to bring reform puts him in grave danger, especially when he insists on exposing a series of secret murders that took place years earlier.

Brubaker was released in June of 1980 and grossed over $37 million at the box office. Powerful and disturbing, Brubaker won acclaim for its gritty realism and Oscar-nominated screenplay.

The Blu-ray will include the original theatrical trailer and television spots.