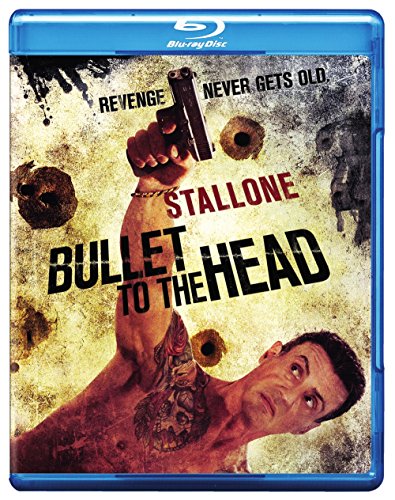 Warner Bros. Home Entertainment has announced the addition of Bullet to the Head to their upcoming slate of Blu-ray releases. The film was directed and co-written by Walter Hill and starred Sylvester Stallone, Sung Kang, Jason Momoa, Adewale Akinnuoye-Agbaje, Christian Slater, and Sarah Shahi. Bullet to the Head will be available for purchase as a Blu-ray/DVD/UltraViolet Combo Pack online and in stores beginning on July 16th.

The action film is based on a French graphic novel by Alexis Nolent. Stallone stars as Jimmy Bobo, a New Orleans hitman who forms an alliance with Washington D.C. detective Taylor Kwon (Kang) to bring down the man who killed their respective partners.

Bullet to the Head was released in February of 2013 and grossed over $9 million at the box office.

Warner Bros. Home Entertainment has not listed the complete technical specifications for the Blu-ray yet, but the disc will include a Bullet to the Head: Mayhem Inc. feature.

Disclaimer: Affiliate links are contained in this post. This means when you click a link, and purchase an item, Movie House Memories will receive an affiliate commission. Advertisers and Affiliate Partnerships do not influence our content. See our Terms of Use about the inclusion of affiliate links on this site for more information.
June 18, 2013
328 1 minute read
Show More
Subscribe
Login
0 Comments
Inline Feedbacks
View all comments
Most Recent Posts
Facebook Twitter LinkedIn Tumblr Pinterest Reddit
Back to top button
Close
wpDiscuz
0
0
Would love your thoughts, please comment.x
()
x
| Reply
Close