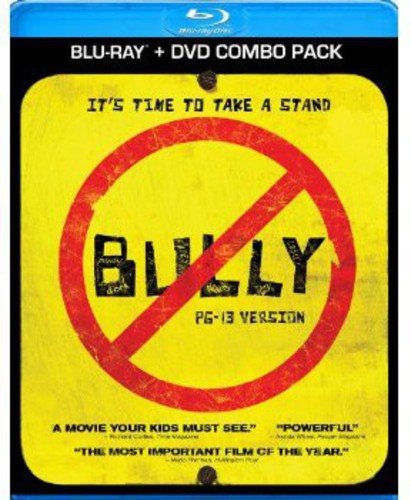 Anchor Bay Home Entertainment has announced that they will bring the acclaimed documentary Bully to Blu-ray this February. The film is directed by Lee Hirsch and is written by Hirsch and Cynthia Lowen.  Bully will be available in stores on Blu-ray and DVD on February 12, 2013.

This year, over 13 million American kids will be bullied at school, online, on the bus, at home, through their cell phones and on the streets of their towns, making it the most common form of violence young people in this country experience.  Bully is the first feature documentary film to show how we’ve all been affected by bullying, whether we’ve been victims, perpetrators or stood silent witness.  The world we inhabit as adults begins on the playground.  Bully opens on the first day of school.  For the more than 13 million kids who’ll be bullied this year in the United States, it’s a day filled with more anxiety and foreboding than excitement.  As the sun rises and school busses across the country overflow with backpacks, brass instruments and the rambunctious sounds of raging hormones, this is a ride into the unknown.  For a lot of kids, the only thing that’s certain is that this year, like every other, bullying will be a big part of whatever meets them at their school’s front doors.  Every school in the U.S. is grappling with bullying-each day more than 160,000 kids across the country are absent because they’re afraid of being bullied-but for many districts it’s just one more problem that gets swept under the rug.  Bully is a character-driven film.  At its heart are those with the most at stake and whose stories each represent a different facet of this crisis.  From the first day of school through the last, Bully will intimately explore the lives of a few of the many courageous people bullying will touch this year.

Bully was released into theaters in March 2012 and grossed over $3.4 million at the box office.  The film won Award for Films of Conflict and Resolution at the Hamptons International Film Festival.

Disclaimer: Affiliate links are contained in this post. This means when you click a link, and purchase an item, Movie House Memories will receive an affiliate commission. Advertisers and Affiliate Partnerships do not influence our content. See our Terms of Use about the inclusion of affiliate links on this site for more information.
January 20, 2013
273 2 minutes read
Show More
Subscribe
Login
0 Comments
Inline Feedbacks
View all comments
Most Recent Posts
Facebook Twitter LinkedIn Tumblr Pinterest Reddit
Back to top button
Close
wpDiscuz
0
0
Would love your thoughts, please comment.x
()
x
| Reply
Close