Captain America and Falcon continue their search for Bucky Barnes while going head to head with a new foe, Crossbones. 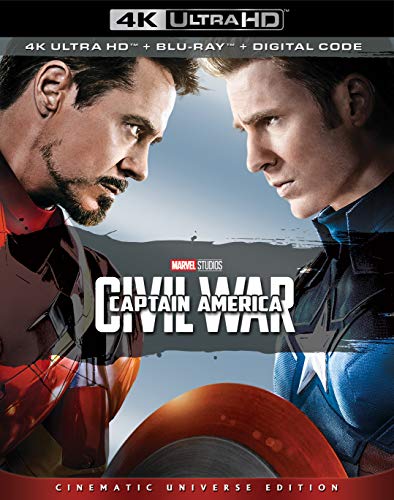 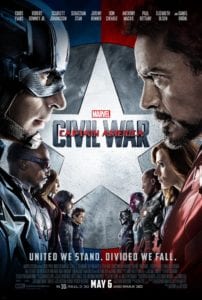 Captain America: Civil War kicks off in 1991 where a brainwashed super-soldier named James “Bucky” Barnes departs a Hydra base in Siberia en route to intercept a case of super-soldier serum.

We cut to the present day, which is about a year after the Avengers defeated Ultron. Steve Rogers, Natasha Romanoff, Sam Wilson, and Wanda Maximoff arrive to keep Brock Rumlow from stealing a biological weapon from a lab in Lagos. Rumlow blows himself up in an attempt to kill Rogers. Maximoff uses her telekinesis powers to send the explosion up into the sky. It damages a building, and kills several Wakandan humanitarian workers.

Meanwhile, U.S. Secretary of State Thaddeus Ross is no longer able to prevent the United Nations from passing the Sokovia Accords. These accords will establish a UN panel to oversee and control the Avengers which Ross lets them know about.

The team is split on what this means. Tony Stark is in full support of it because of his role in Ultron’s creation that lead to Sokovia’s destruction. Rogers, on the other hand, doesn’t trust the government’s judgement as much as he trusts his own.

While they debate the merits of the new oversight, Helmut Zemo tracks down Barnes’ old Hydra handler, and kills him. He steals a book on the way out containing the trigger words that activate Barnes’ brainwashing.

A conference in Vienna convenes in order to ratify the Accords. A bomb explodes, and kills King T’Chaka of Wakanda. A review of the security footage reveals Barnes is the bomber responsible, and T’Chaka’s son, T’Challa, vows to kill him dead. When Sharon Carter informs Rogers of Barnes’ location, Rogers decides to do his best to bring in his childhood friend before authorities can kill him. Rogers and Wilson learn Barnes is in Bucharest, and decide to protect him from T’Challa. However, the Bucharest police, along with James Rhodes, arrest all four of them.

Zemo soon shows up, and impersonates a psychiatrist so he can interview Barnes. While doing so, he recites some words to trigger Barnes to obey him. After he questions Barnes, he sends him off on a rampage while he escapes.

Rogers is able to stop Barnes, and get him out of Dodge. Once Barnes returns to normal, he reveals that Zemo is the actual Vienna bomber, and that he wanted the location of Hydra’s Siberian Hydra because that location houses more brainwashed “Winter Soldiers” in a cryogenic stasis.

Rogers and Wilson decide to bring in Zemo before their higher ups authorize the mission; going rogue. They recruit Maximoff, Clint Barton, and Scott Lang to help them, but they are all now wanted men.

Ross has Stark assemble a team composed of Romanoff, T’Challa, Rhodes, Vision, and Peter Parker to capture them. When Stark’s team finds Rogers’ group at the Leipzig/Halle Airport, a fight breaks out until Romanoff lets Rogers and Barnes escape. They capture the rest of Rogers’ team, and take them to the Raft prison. Rhodes ends up partially paralyzed after Vision inadvertently shoots him down, and Romanoff exiles herself from everyone.

Once Stark discovers evidence that Zemo framed Barnes, he convinces Wilson to give him Rogers’ destination. Stark goes behind Ross’ back, and heads to the Siberian Hydra facility. There, he, Rogers, and Barnes come to a truce. However, all three are unaware that T’Challa secretly followed them.

Once at the facility, they learn Zemo killed all the other super-soldiers. Zemo then shows them the footage where Barnes killed Stark’s parents in a car in 1991. Angry that Rogers kept this tidbit from him, Stark turns on them both. This leads to him fighting both men, and him destroying Barnes’ robotic arm before Rogers disables Stark’s armor.

Rogers leaves with Barnes in tow, but his shield remains behind. Zemo is now satisfied that his family’s deaths in Sokovia are properly avenged with the Avengers team in shambles. He tries to commit suicide, but T’Challa stops him, and then turns him in to the proper authorities.

In the Civil War’s aftermath, Stark creates some exoskeletal leg braces for Rhodes so he can walk again. Meanwhile, Rogers shows up to the Raft, and breaks his buddies out of jail.

In a mid-credits scene foreshadowing the Black Panther film, T’Challa grants Steve Rogers and Bucky Barnes asylum on Wakanda. Barnes goes back into cryostasis until a cure for his mental programming can be found.

In a post-credits scene, foreshadowing Spider-Man: Homecoming, Peter Parker rests on his bed as Aunt May asks him about his black eye. Once she’s out of the room, Peter inspects his Web-Shooters, and watches on as they emit a spider-shaped symbol.