Carol Danvers becomes one of the universe’s most powerful heroes while a galactic war between two alien races reaches Earth, Danvers finds herself and a small cadre of allies at the centre of the maelstrom. 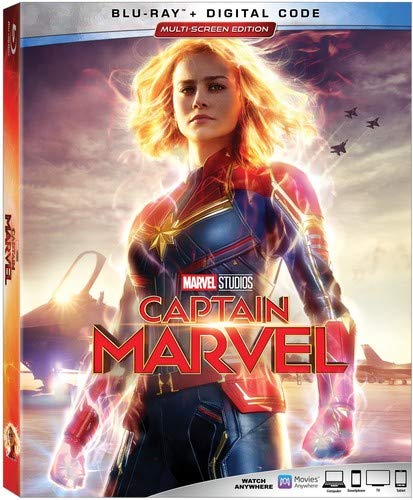 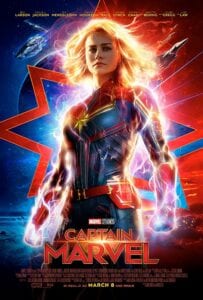 Captain Marvel begins in 1995 on the Kree Empire’s capital planet of Hala. We meet Starforce member Vers who suffers from amnesia and a recurring nightmare involving an older woman. Her mentor/commander named Yon-Rogg trains her to control her abilities while the Supreme Intelligence, who acts as the ruler of the Kree, tells her to keep her emotions in check.

Vers and Ronan the Accuser try to rescue an undercover operative who was captured while infiltrating a group of Skrulls. The Skrulls are the shapeshifting alien race whom the Kree Empire is at war with, and their commander named Talos captures Vers. They then subject her to a memory probe where her suppressed memories leads them to Earth.

Vers is able to flee via an escape pod in the Skrulls’ ship where she crash lands in Los Angeles. This sudden appearance of an alien ship catches the attention of S.H.I.E.L.D. agents Nick Fury and Phil Coulson. As they investigate the crash, the Skrulls attack them, and the chase is on.

Vers recovers a crystal containing her extracted memories before Fury kills the Skrull who is impersonating Coulson. Talos, now disguised as Fury’s boss named Keller, orders Fury to work alongside Vers, and keep tabs on her.

These extracted memories leads Vers and Fury to the Project Pegasus installation at a U.S. Air Force base. They find that Vers was once a pilot who is thought to have died in 1989 while testing an experimental light-speed engine Dr. Wendy Lawson designed. Vers recognizes Lawson as the woman her nightmares.

Once Fury reports back to S.H.I.E.L.D. with their location, Talos, still disguised as Keller, arrives with a team. Fury figures out he’s being swindled, and escapes with Vers in a cargo jet with Lawson’s stowaway cat named Goose. From there, they fly to Louisiana where they meet Maria Rambeau, a pilot who was the last person to see Vers and Lawson alive.

Once there, Rambeau and her daughter Monica tell Vers her real name is Carol Danvers. Talos next arrives unarmed, and claims that the Skrulls are actually refugees searching for a new home. He further says that Lawson is also known as Mar-Vell, a renegade Kree scientist whose engine will help them escape the Kree’s reach.

When Talos plays a recording from Lawson’s crashed jet, Danvers suddenly remembers the incident. Yon-Rogg killed Lawson to prevent her from destroying the engine before the Kree could recover it. Instead, Danvers destroyed the engine herself, and absorbed the energy from the ensuing explosion. She gained special powers, but lost her memory in the process. Yon-Rogg brought Vers (the only remaining portion of Danvers’ broken dog tag) to Hala.

Danvers, Talos, Fury, Rambeau, and Goose (who oddly terrifies Talos) use coordinates Lawson gave Danvers to find a cloaked ship in orbit over Earth. There, Lawson hid several Skrulls which includes Talos’s family. Also there is the Tesseract; the real power source of Lawson’s engine.

On the ship, Yon-Rogg arrives with Starforce, and detains Danvers so she can interface with the Supreme Intelligence. During this conversation, Danvers becomes enraged when she learns that she’s being used. The Kree implant that supposedly gave her Kree powers was actually limiting them. When she removes it, she’s able to attack them with her full force.

Danvers gives Fury the Tesseract for safekeeping, and then battles the Starforce which gives Rambeau time to fly herself, Fury, and the Skrulls to Earth…along with Goose, but Goose is not really a cat. He’s an alien known as a Flerken which sprouts powerful tentacles, that takes out Fury’s left eye. It then swallows the Tesseract.
Rambeau shoots a pursuing Minn-Erva out of the sky as Danvers chases after Yon-Rogg. There, she discovers the true extent of her powers which includes flight. She destroys all of Ronan’s missiles he fired at Earth, and then forces Ronan’s army into full retreat.

Down on Earth, Danvers easily defeats Yon-Rogg, and sends him back to Hala with a stern warning to the Supreme Intelligence.

With the situation now under control, Danvers agrees to help the Skrulls find a new home world. She gives Fury a modified pager which he can use to contact her in case of an emergency. Later, Fury drafts his proposal for a new initiative, and names it after Danvers’ old call sign of Avenger.

In a mid-credits scene, Steve Rogers, Natasha Romanoff and James Rhodes speak with Bruce Banner about the Transmitter Pager. Captain Marvel suddenly appears, and wants to know where Nick Fury is.

In a mid-credits scene, at Nick Fury’s office, Goose jumps onto his desk, and regurgitates the Tesseract.