Walter Whitney is a wealthy, white corporate executive who lives with a wife who does not love him and a step-daughter that does not respect him. He has spent the last seventeen years working for his wife’s father in a job that no longer inspires him. Walter’s world is turned upside down when Roger Porter shows up at his office and reveals that he is Walter’s illegitimate African-American son from a relationship that Walter had when he first started working for his wife’s father. Now, Walter is forced to deal not only with his past, but the racism that he chosen to take a blind eye to since finding success. 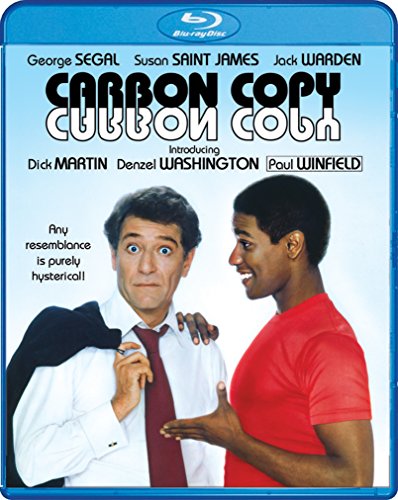 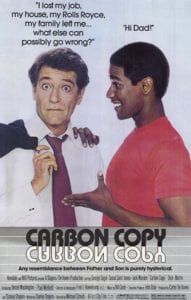 Walter Whitney (George Segal) is a successful businessman living in the predominantly white community of San Marino, California. Walter is stuck in a loveless marriage to his wife Vivian (Susan Saint James) and an uninspiring job where he works directly for Vivian’s father Nelson Longhurst (Jack Warden), a man who is a racist and anti-Semitic. Walter was Jewish, but changed his religion and his last name at Nelson’s insistence years before, a decision that still disturbs Walter. At home, Walter spends his days trying to have sex with his shrewish wife, who holds Walter at bay. Walter is barely involved in the life of his stepdaughter Mary Ann (Vicky Dawson), Vivian’s biological daughter that Walter adopted. Walter and Vivian never had children themselves.

One day, a young African-American man by the name of Roger Porter (Denzel Washington) shows up at Walter’s office. Roger is the 17-year-old son of a woman that Walter had been romantically involved with when he first began work at the Longhurst Company. Walter was very much in love with her, but Nelson saw potential in Walter and encouraged the young Walter to end the relationship due to the complexities and social stigmas involved with being in a mixed race marriage. Ultimately, Walter chose to end the relationship.

Roger reveals that he is Walter’s son and that his mother has recently died. Walter is devastated by both pieces of information, having regretted ending the relationship with Roger’s mother. However, he is taken back by Roger’s nonchalant behavior about wanting to be involved in Walter’s life. Walter knows that the revelation of Roger’s paternity will have devastating effects on not only his marriage, but his life as well. Walter goes to talk to his best friend and attorney, Victor Bard (Dick Martin). He expresses some regret for his life decisions, but also his disappointment in Roger because he does not seems to have any of the characteristics that he treasured in Roger’s mother.

Walter comes up with a plan to incorporate Roger into his family by creating a rouse to “adopt” Roger as an under privileged African American youth that Vivian can use to flaunt to the other swells in San Marino as a reflection of her generous spirit. Vivian tentatively agrees, as long as Mary Ann and her boyfriend approve of the “adoption”. Mary Ann does not want her future fiancé’s potential political career being affected negatively by a black man in her home. Of course, Roger will be required to live and sleep in the room over the garage, not the main house.

Walter confronts Vivian with her unwillingness to accept Roger, since Walter excepted and adopted Mary Ann. Vivian says she would accept Roger if he was Walter’s biological son, which prompts Walter to reveal that Roger is his son. Initially, Vivian does not believe Roger, but when she understands he is serious, she runs upstairs and calls her father. Nelson and the family priest (Tom Poston) come over to console Vivian. Nelson takes his daughter and granddaughter back to his home and advises Walter to send Roger away. Walter tells Nelson that he is not pleased with Roger or with Roger entering into his life. However, Walter says he cannot send Roger away.

The next day, Walter is fired from his cushy job at the Longhurst Company. Nelson has security seize Walter’s company car and cut up all his credit cards. Walter goes back to Victor’s office who advises Walter that all the marital assets are in Vivian’s name and Walter is essentially penniless until a divorce is finalized. To make matters worse, Victor informs Walter that Vivian has retained him as her attorney for the divorce. Walter calls Roger back at the mansion, and Roger informs Walter that Vivian is kicking him out and is throwing Walter’s things out on the lawn. Roger grabs Walter’s belongings off the lawn and takes a taxi to pick up the Walter. Father and son head to a cheap rundown motel room with the $67.00 in Walter’s pocket. Roger shows no surprise in his father’s predicament, while Walter is hopeful that he will be able to get himself out of the situation.

The next day, that hope dies. Walter discovers that Nelson has made sure that Walter cannot find a well-paying corporate job anywhere near San Marino. Walter becomes desperate and breaks into his house to take money from a wall safe. The safe is empty, but Walter accidentally awakens Vivian. To Walter’s surprise, Vivian implies that she wants the unknown burglar to have his way with her. The sexually frustrated Walter has sex with his wife, playing along with her fantasy and having the most vigorous sex that he has ever had.

With his money troubles continuing, Walter is forced to take a job cleaning stables just to make enough money for him and Roger to continue eating. Roger finds a small extremely run down furnished apartment in Watts, a place that almost doesn’t let Walter in due to him being white. Roger enters a training program to become a short order cook. After returning to their home, Walter collapses on the couch in physical exhaustion while Roger runs to the store to get some groceries.

Nelson and Vivian show up at Walter’s apartment and tell Walter that they miss him. They both invite Walter to return to his home and his life, as long as Roger is sent away to the military and away from any embarrassment that he may bring to the Longhurst family and their status in the predominantly white San Marino. Nelson reveals that he has monitored Walter’s progress in the preceding days and he is impressed that Walter has not broken and continues to struggle to survive. Vivian reveals that she knew it was Walter that broke into their house and had sex with her. They both ask him to come home, and then they leave Walter’s hovel.

Suddenly, Walter hears gunshots, and sees Roger running from two police officers on the street. Roger runs into the apartment and tells his father that he didn’t do anything wrong and that the police are chasing him because he is black. Walter hides him and then draws the attention of the police by insulting them. He then runs away causing the police to forget about Roger and chase after him. Shortly thereafter, Roger visits his father in jail after Walter is arrested. Roger confesses to Walter that he came to see him to make Walter’s life difficult. He was angry with his father due to the fact that he hurt his mother. He even confesses that he was glad that Walter’s life fell apart. However, after seeing Walter standing by him no matter the cost, he has come to respect his father. Roger tells his Walter that he is going home and encourages Walter that he should return to his life.

Once released from jail, Walter goes to visit his father in law, who expects Walter to accept his terms. However, Walter rejects Nelson and Vivian’s offer and chooses to have a relationship with Roger. With no money and limited property, Walter uses the assistance of his divorce attorney, Bob Garvey (Paul Winfield), to catch up to Roger who is driving back home in his run down car. Bob explains to Walter that Roger is returning home to attend college at Walter’s old alma mater even though he is only seventeen. Roger is actually quite gifted and graduated high school early. The two men find Roger stalled along the side of the road. Walter and Roger fix the car and Walter decides to go with his son to give him the time they never had before.