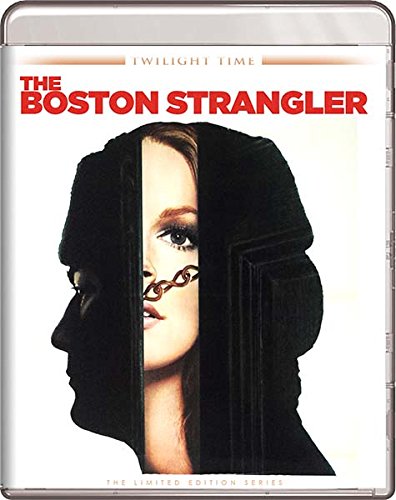 French label Carlotta Films has revealed that it is planning to bring The Boston Strangler to Blu-ray this April.  The film is directed by Richard Fleischer with a screenplay written by Edward Anhalt which was based on the book by Gerold Frank.   The Boston Strangler stars Tony Curtis, Henry Fonda, Mike Kellin, and George Kennedy.  The film will be available in stores on Blu-ray on April 17, 2013.

The actual murders that rocked Boston in the ’60’s are the gripping subject matter of this unforgettable police thriller.  One by one, the victims fell, each death more gruesome than the last.  Fonda stars as the investigating police detective.  Curtis delivers a stunning performance as the psychopath Fonda must conquer.  Filmed in a documentary style that makes the horrifying events all the more real, The Boston Strangler is one of the most powerful films in its genre.  Sally Kellerman and William Marshall co-star in the film.

The Boston Strangler was released in October 1968 and grossed over $17 million at the box office.  Curtis received a Golden Globe nomination in 1969 for his performance in the film.

Here is the theatrical trailer for The Boston Strangler.

Disclaimer: Affiliate links are contained in this post. This means when you click a link, and purchase an item, Movie House Memories will receive an affiliate commission. Advertisers and Affiliate Partnerships do not influence our content. See our Terms of Use about the inclusion of affiliate links on this site for more information.
January 13, 2013
1 minute read
Show More
Back to top button
Close
Close