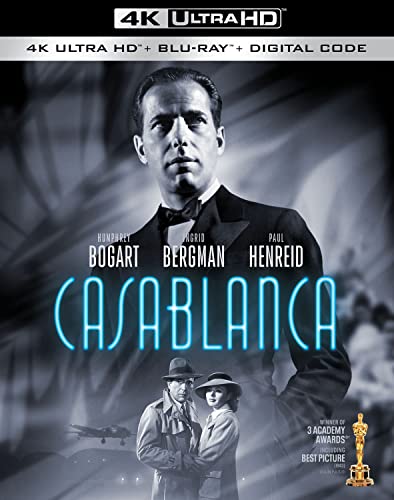 Rick Blaine is an American expatriate who runs an upscale nightclub/gambling den in Casablanca, Morocco in 1941. When Victor Laszlo, a renowned fugitive Czech Resistance leader, and his wife, Ilsa Lund, arrive at Rick’s, he must decide whether or not he should help them flee authorities. Ilsa is Rick’s former lover, and the source of his bitterness. After much heartbreak, Rick ultimately makes an excruciating decision that affects everyone’s life. At least they will always have Paris!