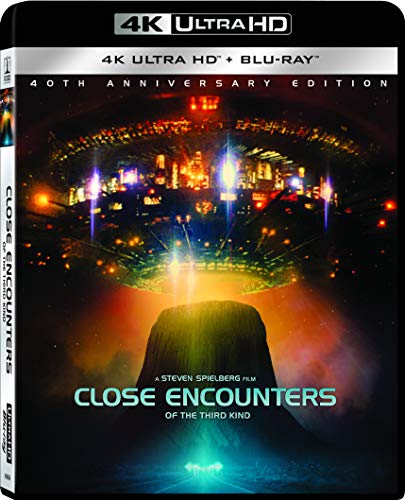 Roy Neary experiences a close encounter of the first kind one night out in the filed when a UFO passes over his truck. While to his friends and family, it looks as if the incident has descended Roy’s into madness, in reality, the aliens have left a haunting image of a mysterious mountain in his mind. Meanwhile, government officials around the world have a close encounter of the second kind when they discover physical evidence of otherworldly visitors. This takes the form of military vehicles that went missing decades ago suddenly appearing in the middle of nowhere. Now, Roy, government officials, and countless other people follow the clues the aliens gave them to reach a site where they will have a close encounter of the third kind: contact.