Cluny Brown takes place in 1938 England on the verge of a new war. Czech Professor Adam Belinski escapes his homeland and Hitler’s persecution for the safety in England. Cluny Brown is free-spirited orphan niece of a plumber who is secretly learning her uncle’s trade. Adam and Cluny have a chance meeting at the London apartment of Hilary Ames who’s sink is clogged. Cluny’s uncle doesn’t know she’s there to fix the plumbing, but when he finds her, he angrily sends her off to be a servant at Friars Carmel Manor in the English countryside. It’s there that Cluny meets Adam again when he arrives there as a guest at the manor. Belinski quickly falls in love with Cluny, and tries to keep her from marrying a dull shopkeeper named Mr. Wilson. 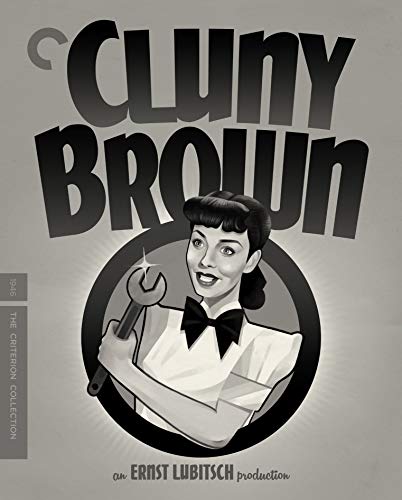 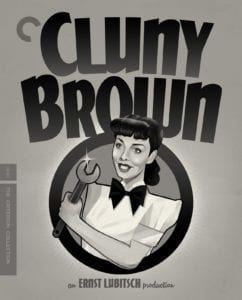 In Cluny Brown, Czech Professor Adam Belinski (Charles Boyer), a famed writer in support of global freedom, finds himself ostracized from his native land in June 1938. He winds up in England where he’s free from Hitler’s persecution.

Also in London is a young orphan woman named Cluny Brown (Jennifer Jones). She lives with her uncle, Arn Porritt (Billy Bevan), who’s a plumber, and Cluny has secretly learned the trade watching him.

Adam and Cluny have chance meeting at the London apartment of Hilary Ames (Reginald Gardiner). Hilary’s in a panic because his sink’s clogged just prior to a cocktail party he’s hosting is about to begin, and Porritt hasn’t shown to fix it yet. Adam arrives at the apartment in Hilary’s mid-panic looking for the former tenant. He needs a place to sleep, and few pounds to tide him over until his book’s published. Cluny’s arrived to fix the sink (unbeknownst to her uncle).

Cluny charms the pants off Adam at first sight due to her free spirit and enthusiasm for life. She fixes the sink, but after Adam and Hilary encourage her to enjoy some spirits with them, she winds up drunk. Just then Uncle Arn arrives to fix the sink. He sees Cluny drunk, and becomes irate; even refusing payment for Cluny’s fixing the sink. He rushes her home.

Against Cluny’s wishes, Arn arranges for Cluny to work as an under maid at the lavish estate of the Carmel family in the English countryside. There, Cluny will learn her proper place in life. While Cluny tries her best, the job is difficult for her because of her free spirit and lack of social convention.

Soon Adam arrives at the estate on the invitation of Andrew Carmel (Peter Lawford), the son of Sir Henry and Lady Alice Carmel (Reginald Owen and Margaret Bannerman). Andrew recognized Adam at Hilary’s party as the famous writer hiding from Hitler. Mistakenly thinking Adam’s in danger (a misconception which Adam does not correct) Andres offers Adam money and free accommodation.

Despite their roles as guest and servant, Adam’s still smitten with Cluny. He befriends the young woman even though Cluny only does view him as a friend. Clearly though, Adam would like her to be more than just a friend, and he sets out to win her heart.

Additionally, Adam tries to help Andrew when he and socialite Betty Cream (Helen Walker) seem to be on the outs. Andrew want to marry Betty, but she’s playing hard to get due to her many suitors.

In the end, Cluny finds Mr. Wilson cross with her when she fixes a sink in front of dinner guests the night of Wilson’s mother’s birthday. That same night Adam makes things awkward at the estate when he tries to talk some sense into Betty about marrying Andrew, and she screams in her room to make a scene.

Adam decides to leave the estate the next morning. Andrew finally asks Betty to marry him. (She says yes.) …and Cluny panics when she finds that Adam left without saying goodbye. She meets him at the train station clearly unhappy with her life.

As the train begins to leave, Adam tells her to get on. The two leave to America, and live happily ever after off the royalties from Adam’s books he writes.