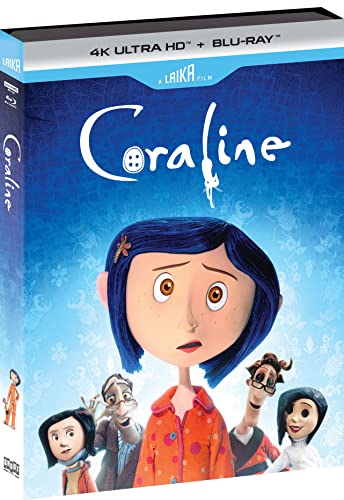 Coraline Jones is bored in her new home until she finds a secret door that leads into a world that’s just like her own … but better! But when this fantastical adventure turns dangerous and her “other” mother tries to keep her forever, Coraline must count on her resourcefulness and bravery to get home.