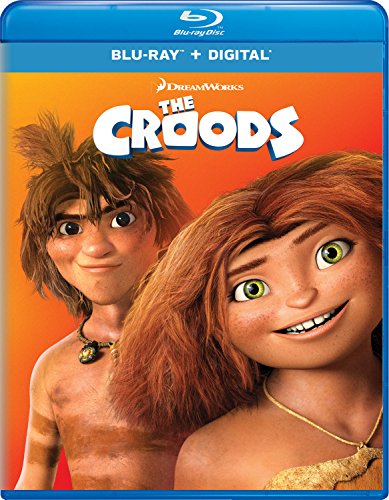 20th Century Fox Home Entertainment has announced the addition of the animated film The Croods to their upcoming slate of Blu-ray releases. The film is directed by Kirk De Micco and Chris Sanders and features the voice talents of Nicolas Cage, Ryan Reynolds, Emma Stone, Catherine Keener, Clark Duke, and Cloris Leachman. The Croods is currently available for pre-order online and will arrive in 3D and 2D Blu-ray editions everywhere beginning on October 1st.

The Croods is a prehistoric comedy adventure that follows the world’s first family as they embark on a journey of a lifetime when the cave that has always shielded them from danger is destroyed. Traveling across a spectacular landscape, the Croods discover an incredible new world filled with fantastic creatures – and their outlook is changed forever.

The Croods was released in March of 2013 and has grossed over $585 million in worldwide box office.

Disclaimer: Affiliate links are contained in this post. This means when you click a link, and purchase an item, Movie House Memories will receive an affiliate commission. Advertisers and Affiliate Partnerships do not influence our content. See our Terms of Use about the inclusion of affiliate links on this site for more information.
September 24, 2013
1 minute read
Show More
Back to top button
Close
Close