An explosion in New York’s Hudson Tunnel causes blockages at both ends. Ex-Emergency Medical Services Chief Kit Latura happens to be at the scene and is the only one with the experience and know-how to help. Kit risks his life to join the survivors in the tunnel, who begin to fight amongst themselves as the water begins to rise. Once Kit arrives, he tries to rally the survivors to follow him as he attempts to puzzle his way to safety. However, can Kit put his own past tragedies behind him and bring the survivors to safety? 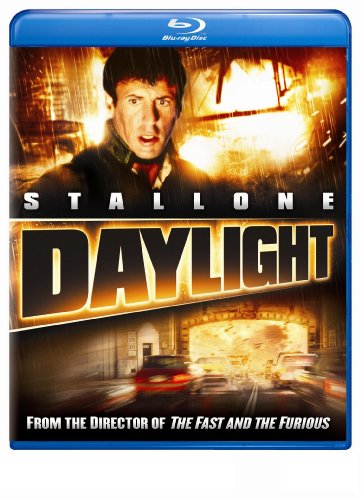 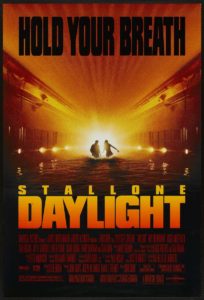 In New York in the mid-1990’s, a waste management business loads barrels of toxic waste onto trucks with the intention of illegally disposing them at a site in New Jersey. They take their illegal and volatile cargo into a tunnel beneath the Hudson River. Also in the tunnel are several other commuters going about their daily lives. Playwright Maddy Thompson (Amy Brenneman) is leaving New York and her cockroach ridden apartment to return to her home. Famous sporting enthusiast Roy Nord (Viggo Mortensen) is on his way to the airport with his manager. There is also a transport bus full of juvenile offenders, a vacationing family, and an elderly couple with a dog in the tunnel as well.

Meanwhile, a gang of robbers robs a gem buyer and steals his car. The robbers are pursued by the police and escape the pursuit by heading into the tunnel at high speed. They zig zag through traffic but ultimately lose control of their car and smash into one of the trucks with the toxic waste. The truck explodes and causes the other trucks in the convoy to explode as well. The tunnel collapses at the site of the explosions, as well as at the entrance. A fireball sweeps through the tunnel and kills many of the motorists in the tunnel.

Sitting at the entrance of the Manhattan side of the tunnel is current cab driver and former New York City Emergency Medical Services Chief Kit Latura (Sylvester Stallone). Kit was unceremoniously fired from his previous job after he made a decision that cost people’s lives.

After witnessing the explosion from the entrance, Kit begins helping everyone who is injured on the outside. After talking with a former colleague, he learns that the tunnel is severely damaged and could come down at any time, especially if the wrong moves are made. Kit checks with tunnel administrators and finds that most of the old exits have been sealed or are too dangerous to enter the tunnel from. Kit volunteers to make a rescue attempt by entering the tunnel through a ventilation system to the tunnels. However, Kit is informed that he will not be able to exit through the same system.

Meanwhile, a group of survivors, including Maddy, rally around Nord in the tunnel. Nord convinces them that he can find a way out through the mid-river passage, a service corridor running between the north and south tubes. Kit arrives and finds Nord. He warns the climber that the passage could come down at any moment and tells him to return to the tunnel. Nord disregards Kit’s advice and continues to climb. The mid-river passage collapses, killing Nord and causing another explosion which kills one of the juvenile offenders.

After the explosion, water begins to rush into the tunnel from the river above. Kit uses a small explosive device to block the leak for a time. One of the survivors, a tunnel police officer George Tyrell (Stan Shaw) investigates the Manhattan end of the tunnel and is crushed under a truck as the road shifts. The group works together to free him from being pinned, but George suffers a broken neck. The water level continues to rise, and the survivors begin to turn on Kit. Kit informs him that all he did was slow the flow of water, but he cannot stop it.

Additionally, the clean up effort on the Manhattan side of the tunnel is also causing additional water to fill up the tunnel. Kit tells the group that there were sleeping quarters beside the tunnels left over from the tunnel’s construction. George tells Kit how to access the quarters, and Kit finds a way in by swimming under water. George knows that he cannot make it and tells Kit to leave him behind. He gives Kit a bracelet intended for his girlfriend Grace (Vanessa Bell Calloway) and asks him to give it to her.

One of the elder survivors, Eleanor (Claire Bloom), becomes distressed that her late son’s dog Cooper is missing. She suddenly refuses to go on. However, she quietly passes away a few moments later. The group continues to another room just as the first one floods. Kit convinces Elanor’s husband Roger (Colin Fox) to come with them. The group reaches the top of a rickety wooden staircase. Kit notices that Cooper the dog is swimming in the water below and dives down to rescue him. He passes the dog up to one of the other survivors, but a beam falls and destroys the lower half of the stairs, trapping Kit in the water below. Maddy tries to save Kit but ends up falling in herself. Kit tells the rest of the group to keep going and they escape through a manhole into daylight, leaving a flashlight for Kit and Maddy. The corridor collapses, closing off Kit and Maddy from escape.

Kit and Maddy swim around in the freezing water looking for a possible escape. The main highway tunnel is almost completely submerged. Kit proposes using his remaining explosives to cause a blow out that would rip the tunnel roof open. The blast forces Maddy towards the surface with the remaining air, but Kit becomes trapped in an avalanche of mud. Kit manages to free himself and swims for the surface. At the surface, Maddy finds a nearly unconscious Kit and keeps him afloat until the boats can reach them. Once safely on shore, Kits sees Grace in the crowd and gives her George’s bracelet. Maddy rides with Kit in the ambulance as he insists that they take the bridge.