A down-on-his-luck nightclub pianist hitchhikes his way from New York to Los Angeles. After one man picks him up in Arizona, the pianist finds himself with a dead body on his hands and nowhere to run. His nightmare goes from bad to worse when he meets a snarling and monstrously conniving drifter named Vera. She knows the recently deceased. 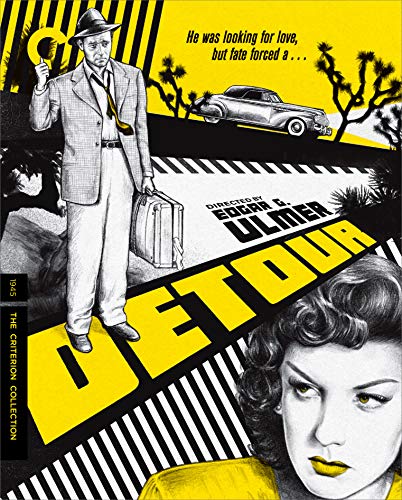 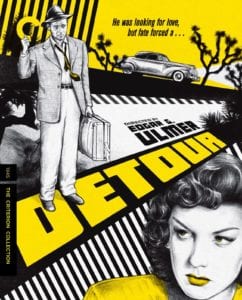 At a roadside diner in Reno, an agitated Al Roberts drinks coffee during a layover as he hitchhikes his way back home to New York City from Los Angeles. A customer there plays a song on the jukebox that reminds him of his piano playing life he gave up in The Big Apple.

Back then, he was bitter because he felt he was overqualified to be playing piano in a cheap nightclub named the Break of Dawn Club which was a good job as far as jobs go in those days. However, once his girlfriend (also the nightclub’s main singer) Sue Harvey moved to Hollywood to seek untold fame and fortune, Al slipped into a deep funk.

Eventually, Al decides to pack up and follow Sue to Hollywood where he will offer to marry her. Unfortunately, he job pays him little, and he has no money for a road trip. He instead hitchhikes his was across the USA.

He makes the journey just fine until he hits Arizona where a bookie named Charles Haskell, Jr pulls over, and gives him a ride in his sweet convertible. Al’s in luck as Haskell is midway through his own trip from Florida to Los Angeles to see a guy about a horse. He lets Al tag along for the remainder of the ride.

As they chug along the highway, Haskell pops many, many pills, many, many times; a little pick-me-up as he drives. That night, the two switch places, and Al drives while Haskell sleeps. A rainstorm hits which forces Al to pull over to put the convertible’s top up. However, he’s unable to wake Haskell to help him.

Al opens the passenger-side door where Haskell falls to the ground, slamming his face against a rock. It’s only then that Al realizes Haskell died in his sleep. Afraid that the police won’t believe this series of unfortunate events, and instead suspect he actually killed Haskell, Al drags his body off the road and out of sight.

Not sure what to do, Al makes the fateful decision to take Haskell’s money, car, and id. Then hightail it to Los Angeles where he can ditch the car, and go about his merry way.

He crosses into California where must stop at a border inspection station. When the officer asks him if he’s bringing any fruit or vegetables into the state, and Al nervously answers the officer, and then heads to a motel to spend the night as he was dead tired.

The next morning, Al gasses up the car near the Airport at Desert Center where Vera (no last name) tries to hitch a ride. Al picks her up, posing as Haskell, and drives away. While Vera is quiet at first, she begins to push Al about his true identity, and who the car’s owner really is. She says she knows the real Haskell, and he picked her up earlier in his trip outside of Shreveport, Louisiana. She only got out of the car with him in Arizona after he forced himself on her.

Knowing his goose is cooked, so Al confides to Vera on how Haskell really died. Instead of being sympathetic, Vera decides now is as good a time as any to blackmail Al. She says she will turn him into the police if he doesn’t do what she says when she says it. She takes the money Al stole from Haskell, and then says she wants any and all money they get for selling his car too.

They finally make it to Hollywood where they rent an apartment as Mr. and Mrs. Haskell so they have an address for selling the car. Al resents spending any time with Vera at the apartment, but since Vera has an upper hand with her threats, Al has to stay put.

On the day they are to sell the car, Vera reads in the newspaper that Haskell’s very wealthy father is near death, and he’s searching for his long estranged son, Charles. Vera orders Al to impersonate Haskell once his father dies in order to get the old man’s inheritance. Al refuses because he doesn’t know enough about Haskell to get away with impersonating him.

The two return to the apartment where they play cards, and Vera gets white-girl wasted. They begin arguing yet again. After she threatens Al that she’s going to call the police on him, he calls her bluff. Vera drinks more, and Al tries to knock some sense into her. She runs into the bedroom with the telephone, and locks the door. She twists the cord around her neck, and passes out drunk on the bed.

The film jumps back to the diner in Reno where the film began. Al knows he can never return to New York City or Los Angeles…or see Sue again. When he passed through Bakersfield he learned that Haskell was now wanted in the murder of his wife Vera, so Al breathes a bit easier since no one knew he was pretending to be Haskell.

Al leaves the diner, and walks down the road wondering what it will be like once the police pick him up as the film fades to black.