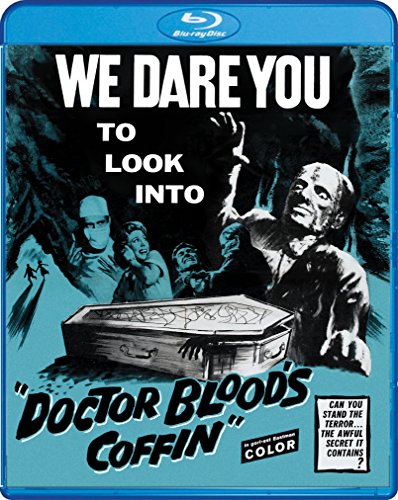 A Monster created from the depths!

After being dismissed from medical school because of his devious experiments, Doctor Peter Blood returns home to join his father’s practice. He still believes he can create the perfect human, so he continues his experiments in an abandoned mine where he attempts to revive a rotting corpse. But Dr. Blood needs a living “donor” to create his “perfect human” and soon people start to disappear from the nearby village. This shocker stars Kieron Moore (The Day Of The Triffids) and Hazel Court (The Curse Of Frankenstein, The Masque Of The Red Death) and was directed by Sidney J. Furie (The Entity, The Ipcress File).