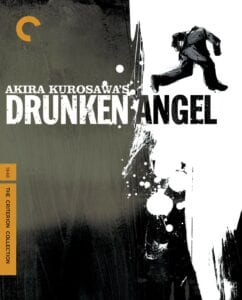 In this powerful early noir from the great Akira Kurosawa, Toshiro Mifune bursts onto the screen as a volatile, tubercular criminal who strikes up an unlikely relationship with Takashi Shimura’s jaded physician. Set in and around the muddy swamps and back alleys of postwar Tokyo, Drunken Angel is an evocative, moody snapshot of a treacherous time and place, featuring one of the director’s most memorably violent climaxes.