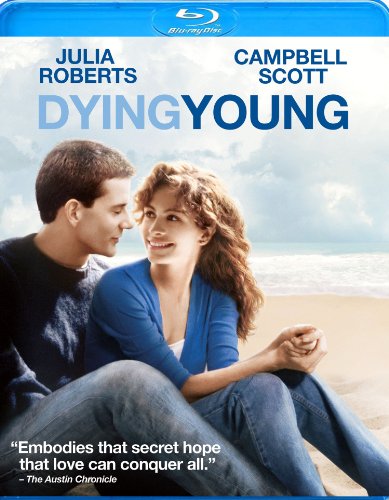 Anchor Bay has announced that they are releasing 20th Century Fox Home Entertainment’s Dying Young onto Blu-ray this May. The film is directed by Joel Schumacher and stars Julia Roberts, Campbell Scott, Vincent D’Onofrio, Colleen Dewhurst, David Selby, and Ellen Burstyn. Dying Young will be available online and in stores beginning May 28th.

With little money, a poor education and no luck when it comes to love, Hilary O’Neil (Roberts) answers a want ad and finds her whole world suddenly changed. Hired as the caretaker to a seriously ill young man (Scott), she unexpectedly discovers they have much in common, even though he is wealthy and intelligent. Their growing friendship quietly develops into a deep and powerful romance that ultimately tests the boundaries of true love.

Dying Young was released in June of 1991 and grossed over $82 million in worldwide box office.