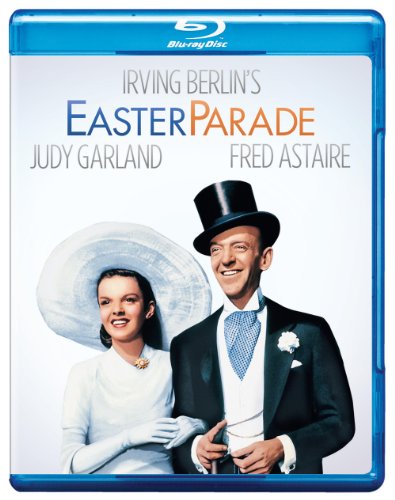 The film tells the story of Don Hewes (Astaire).  On the day before Easter in 1911, Hewes is crushed when his dancing partner (and object of affection) Nadine Hale (Miller) refuses to start a new contract with him.  To prove Nadine’s not important to him, Don acquires innocent new protegee Hannah Brown (Garland), vowing to make her a star in time for next year’s Easter parade.

Easter Parade was released in July 1948 and grossed over $6 million at the box office.  The film won the 1949 Academy Award for Best Music.

Here is the theatrical trailer for Easter Parade.

Disclaimer: Affiliate links are contained in this post. This means when you click a link, and purchase an item, Movie House Memories will receive an affiliate commission. Advertisers and Affiliate Partnerships do not influence our content. See our Terms of Use about the inclusion of affiliate links on this site for more information.
January 10, 2013
1 minute read
Show More
Back to top button
Close
Close