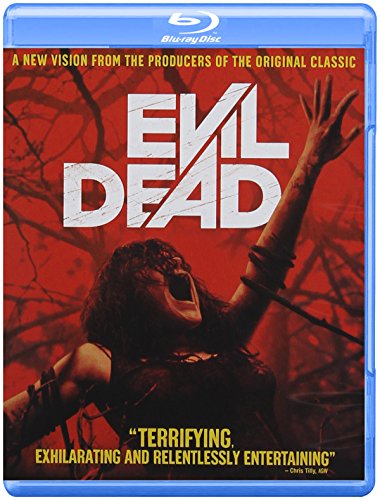 Sony Pictures Entertainment has announced that they are bringing the remake of Evil Dead  to Blu-ray this summer. The film is being directed by Fede Alvarez, who wrote the script with  Rodo Sayagues. The film mark the Alvarez’s feature debut. Diablo Cody  did revisions on the draft. Evil Dead will be available online and in stores beginning on July 16th.

In this retelling,  Jane Levy  who plays Mia, a young woman trying to kick a drug addiction. Jessica Lucas  will play the best friend of Levy, who is also a nurse. Levy and five friends hole up at a remote cabin where they discover the Book of the Dead. An archaeologist’s tape recording reveals that the ancient text was discovered among the Khandarian ruins of a Sumerian civilization. A demonic force is unleashed possessing each until only one is left to fight for survival. Though the plot is similar to the original, the idea is a new take, this time without the character of Ash, played by Bruce Campbell  in the original film. Campbell produced the film with Sam Raimi  and Rob Tapert.

The original  Evil Dead  was released on April 15, 1983. The film grossed $2.4 million dollars and spawned two sequels. The remake was released in April of this year and has grossed over $81 million in worldwide box office.

Disclaimer: Affiliate links are contained in this post. This means when you click a link, and purchase an item, Movie House Memories will receive an affiliate commission. Advertisers and Affiliate Partnerships do not influence our content. See our Terms of Use about the inclusion of affiliate links on this site for more information.
May 30, 2013
1 minute read
Show More
Back to top button
Close
Close