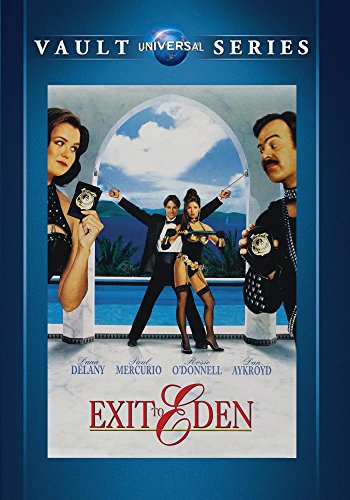 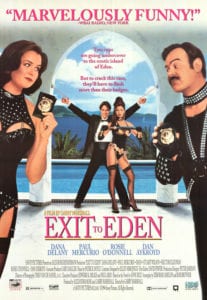 As a young boy in Melbourne, Australia, Elliot Slater would run around his house and get into trouble, simply to receive a firm spanking from the big breasted maid who ran his household. Little did Elliot know, this type of discipline would be the catalyst for a lifelong sexual fetish. To help deal with his obsession, Elliot decides to travel to a fantasy island off the coast of Mexico, appropriately named Eden, and become a human sex toy.

Prior to hopping the ship to Eden, Elliot, a professional photographer, snaps a picture of Omar, a notorious diamond smuggler who has operated in anonymity during his entire career. Omar and his supermodel sidekick, Nina Blackstone, vow to hunt down Elliot and prevent this photo from being seen by anyone, especially law enforcement officials.
Speaking of law enforcement, two Los Angeles police detectives, Sheila Kingston and Fred Lavery, successfully arrest one of Omar’s diamond couriers at a local strip club.

The courier and diamonds are seized, thanks to Sheila posing as an erotic dancer and making her moves at the right time. However, Omar and Nina witness the arrest from backstage then expedite their mission to track down Slater and hide out from the police, who are hot on their trail. During their investigation, Sheila and Fred learn from the courier that Elliot shot the photo of Omar and the crime boss is planning to travel to Eden to execute the Aussie. Unbeknownst to everyone, Omar, Nina, Fred, and Sheila all ride on the same plane to Eden and begin a game of cat and mouse.

While both are done their finest leather bustier, the women bump and grind on each other until Fred and Sheila are able to make an arrest. Unfortunately, Omar learns of Nina’s capture and chases after Lisa and Elliot, who have traveled to New Orleans for a romantic getaway.

While in the “Big Easy,” Lisa and Elliot explored the local cuisine, historical real estate, and each other’s sexual dreams. After making love in the bedroom of a traditional southern school house, the couple is confronted by Omar. The jewel thief is keen to kill Elliot, but has a fight on his hands from the couple. After Omar is unarmed by Lisa, he almost kills her by tossing off a balcony. However, Lisa and Elliot are both saved by the dynamic duo of Fred and Sheila, who shoots Omar before arresting him.