In the film that is loosely based on the 1970s television series, the enigmatic Mr. Roarke makes the secret dreams of his lucky guests come true at a luxurious but remote tropical resort. But when the fantasies turn into nightmares, the guests must solve the island’s mystery in order to escape with their lives. 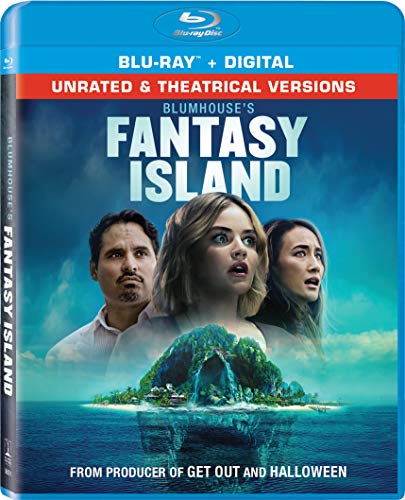 The next day, each of the guests begin their fantasies. The Weaver brothers become the hosts at a mansion rave. Patrick finds himself in the middle of a war where his father (Mike Vogel) was killed when Patrick was a young boy. Melanie begins a torturous revenge session against her childhood bully Sloane Maddison (Portia Doubleday). Gwen accepts a marriage proposal from her ex-boyfriend Allen Chambers (Robbie Jones) which she rejected many years prior. All the while, the participants are observed by a mysterious man named Damon (Michael Rooker) who lives on the outskirts of the resort in the jungle.

As the fantasies progress, Melanie learns that the Sloane in her fantasy is the real person who has been brought to the island against her will. Melanie helps Sloane escape before she can be physically tortured by an evil doctor (Ian Roberts). The pair escape the underground bunker and into the jungle, pursued by the torture doctor. At the same time, Patrick finds himself captured by a military platoon and taken to their commander, Patrick’s father. Lt. Sullivan and his men believe that Patrick is a spy and do not believe Patrick’s protests that he is Lt. Sullivan’s son.

That night, the torture doctor catches up to and attacks Melanie and Sloane before Damon intervenes and saves them. Damon explains that he is a private investigator sent to the island to learn its secrets. Once on the island, Roarke promised Damon that he could see his deceased daughter again. However, he explains that his fantasy turned dark and nightmarish, and he became trapped on the island. Damon further explains that the source of power to create the fantasies comes from an underground spring beneath a glowing rock. Damon leads Melanie and Sloane to the rock where they collect some spring water into a canteen. They begin heading back to the resort where Damon asks them to smuggle the water off the island for his employers. The trio is attacked by the torture doctor again. Damon fights the doctor, but both men go over a cliff and appear to die on the rocks below.

The problem with having it all is that usually someone else wants it too. Mr. Roarke (Michael Peña)

Meanwhile, Gwen awakes in her room. She finds that not only has she married Allen, but five years have passed, and she now has a daughter, Lila (Jeriya Benn), with Allen. The addition of Lila disturbs Gwen and she asks to change her fantasy. Roarke once again informs her that she must see her fantasy to its natural conclusion. Roarke also informs Gwen that all fantasies must be fulfilled so that his own fantasy of being with his own deceased wife can continue. Gwen insists on changing her fantasy and Roarke ultimately agrees.

In Gwen’s new fantasy, Gwen is taken back to a night during which she accidentally caused a fire in her apartment which resulted in the death of her neighbor Nick Taylor (Evan Evagora). Gwen tries to rescue Nick in her fantasy. She encounters Patrick, J.D., and Brax in her fantasy which informs her that they were all present in the building during the fire. Gwen fails to save Nick and falls unconscious due to smoke inhalation. However, she is saved by Roarke’s assistant, Julia (Parisa Fitz-Henley), who pulls her out of the fantasy.

At the same time, the Weaver brothers’ rave is invaded by a drug cartel who take over the mansion and take the brothers hostage. Elsewhere, Lt. Sullivan and his men take Patrick further into the jungle. They come across the Weaver brothers’ invaded mansion. The soldiers kill the cartel members and save J.D. and Brax. However, the cartel members reanimate as zombies and proceed to attack the soldiers. A large gunfight ensues where J.D. is shot and killed, and Lt. Sullivan sacrifices himself to save Brax and Patrick, who he now accepts as his adult son.

All the guests arrive at the resort where they are confronted by Roarke. Their host reveals that they are all apart of a fantasy in which they are to be killed. Gwen realizes that the members of the group were all involved in the Nick’s death and assume that the person responsible for the fantasy is connected to him. The group manages to escape to the dock. A sea plane sent by Damon’s associates flies overhead, but it is shot down by the zombie cartel. The guests escape into the jungle where Sloane and Melanie begin to lead them to the underground spring with the glowing rock. The group plans to destroy to rock with a grenade that Patrick is carrying.

While in the cave, each of the guests are individually lured into different sections of the cave containing manifestations of their own personal demons. Eventually they all reunite by the rock. Roarke and the cartel surround them. It is revealed that they are all part of Melanie’s fantasy, who was supposed to go on a date with Nick the night of his death. However, she stood him up due to insecurities brought on by Sloane’s bullying. Melanie holds the other guests responsible for the death of Nick, the man she feels could have led her to true happiness. It is also revealed that Julia is the fantasy manifestation of Roarke’s dead wife. Julia begins to die, and she begs for Roarke to help the others against Melanie and to escape the island. Roarke promises Julia that he will help them before she disappears.

In the cave, Sloane takes a sip of the spring water collected in the canteen earlier and wishes for Melanie to be with Nick forever. Suddenly, a severely burned Nick emerges from the water and drags Melanie into the pool below the rock. Melanie tries to kill the group by detonating the grenade before drowning, but Patrick sacrifices himself and falls on the grenade before it explodes. However, the rock is destroyed. As the fantasy reaches its natural conclusion, Gwen, Sloane, and Brax wake up at the resort. Roarke agrees to let them leave the island.

As each of the guests boards the plane to leave the island, Brax wishes for J.D. to come back to life. Roarke explains for that wish to become true, Brax would need to stay on the island. Suddenly, a resurrected J.D. appears on the seaplane. Brax waves goodbye to his stepbrother, Gwen, and Sloane as the plane flies away from the island. Roarke asks Brax to become his new assistant, who decides to take the nickname that J.D. gave him, Tattoo.