In this sequel to both The Wolf Man and The Ghost of Frankenstein, Larry Talbot, also known as the Wolf Man, is resurrected from the dead by his werewolf curse. Wishing to end his life and the trail of bodies that he leaves behind him, Talbot journeys to Vasaria to find the notes of the infamous Dr. Frankenstein in the hopes that it will contain some way of ending the curse of the Wolf Man. Instead, he discovers a burned-out castle and a weakened Frankenstein Monster. Can Talbot put the pieces together and discover a way to end his misery before he kills again? 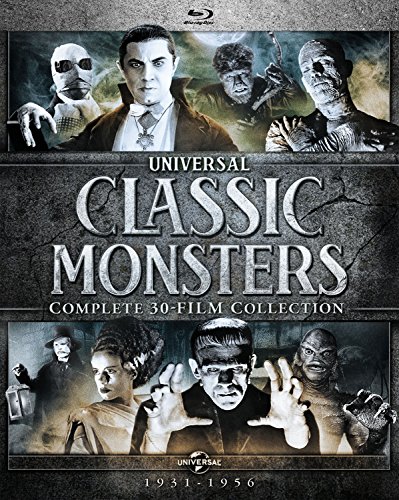 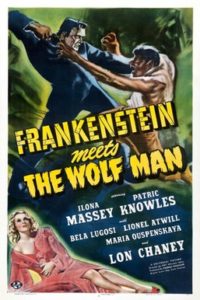 Four years have passed since the events in The Wolf Man and The Ghost of Frankenstein. Two grave robbers break into the Talbot family crypt on the night of a full moon. The two men open the grave of Larry Talbot (Lon Chaney Jr.) in the hopes of finding riches buried with a loved one. The two men inadvertently remove the wolfsbane that has been placed around the body of Talbot. The removal allows Talbot to resurrect as his alternate identity, the Wolf Man. The Wolf Man kills one of the robbers while the other escapes with his life.

Talbot awakens a short time later when he is discovered by police in Cardiff with a vicious head wound that he received from his father at the end of The Wolf Man. He is taken to a hospital where he is treated by Dr. Frank Mannering (Patrick Knowles). Talbot realizes that his werewolf curse has allowed him to return from the dead. Talbot tries to convince Dr. Mannering of his identity and his curse, but the good doctor is skeptical and questions Talbot’s sanity. Soon, another full moon appears, and Talbot transforms into the Wolf Man and kills a police constable.

The next morning, Dr. Mannering realizes that Talbot has been out of his hospital room and tries to calm the agitated Talbot. Police Inspector Owen (Dennis Hoey) comes to question Talbot as to his true identity, knowing that Talbot died years before. Talbot becomes upset and nearly violent. The hospital orderlies restrain Talbot and bind him to his bed with leather straps. Dr. Mannering and Inspector Owen travel to the village of Llanwelly to investigate Talbot’s story.

Not long after, Talbot escapes from the hospital by biting through his restraints with his teeth. Talbot seeks out a cure for his transformations. He leaves Great Britain and encounters a gypsy woman named Maleva (Maria Ouspenskaya). Maleva tells Talbot about deceased Dr. Ludwig Frankenstein and theorizes that his laboratory notes may help Talbot to overcome his curse. Talbot and Maleva travel together to the village of Vasaria. Once there, Talbot hopes to find Dr. Frankenstein’s notes in the remains of his burned-out castle. Talbot seeks to end his life and that of his werewolf counterpart. However, the townspeople are unhelpful and distrustful of Talbot and Maleva due to their prior experiences with Dr. Frankenstein and his monster (Bela Lugosi). The townspeople order the couple to leave.

He is not insane. He simply wants to die. Maleva (Maria Ouspenskaya)

Frustrated, Talbot decides to take a different approach to acquiring the notes. He poses as a potential buyer for the Frankenstein estate and seeks out Baroness Elsa Frankenstein (Ilona Massey), the daughter and heir to Dr. Frankenstein. Talbot hopes that Elsa will know where Dr. Frankenstein’s secret notes are kept. However, Elsa refuses to help Talbot not wanting to continue the legacy of her father. Nevertheless, Elsa and Talbot are invited to attend a festival in town where a local folk song enrages Talbot. At the same time, Dr. Mannering arrives in town. Mannering tells Talbot how he has followed him across Europe and tries to persuade Talbot to return to Wales with him. An angered Talbot refuses.

Over the next few days, crates of scientific instruments begin to arrive in the village which draws the suspicions of the townspeople. The villagers become fearful that Dr. Mannering’s work may cause another return of the Monster. The village innkeeper, Vazec (Rex Evans), comes up with a plan to destroy the dam overlooking the Frankenstein estate with dynamite. Vazec argues that the resulting flood would drown everyone in the castle ruins and end the terror of both the Wolf Man and the Monster. The local mayor (Lionel Atwill) dismisses the plan, but Vazec takes steps to put his plan into motion.

Meanwhile, Dr. Mannering begins his experiment to drain the life force of both creatures. However, his overwhelming curiosity gets the better of him and he alters his experiment to restore the Monster to its full power. The experiment occurs during a full moon, and once again, Talbot transforms into the Wolf Man. As the Wolf Man’s life force is drained, the Monster becomes more powerful and regains his eyesight. Both monsters escape their restraints during the procedure. The Monster grabs Elsa and proceeds to carry her away. The Wolf Man attacks the Monster, and Elsa escapes. She and Dr. Mannering flee the castle and the two monsters continue their fight. Vazec dynamites the dam, and the Wolf Man and the Monster are both swept away to parts unknown while Elsa and Dr. Mannering escape near drowning.