In Friday the 13th, a group of teenagers go to Camp Crystal Lake to reopen the camp for the summer after years of failed attempts. What they don’t know is that once upon a time, a little boy drowned there because the counselors didn’t pay attention. That boy was Jason Voorhees, and now someone seeks revenge for his death on his birthday—Friday the 13th—and the unsuspecting new teens are his target. 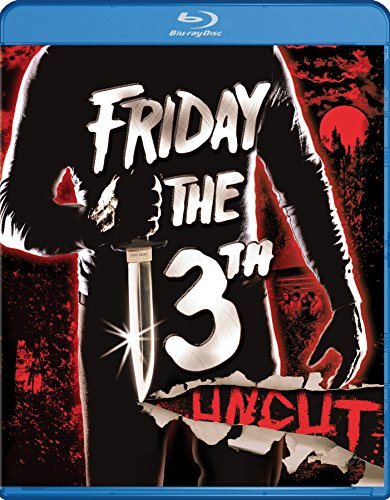 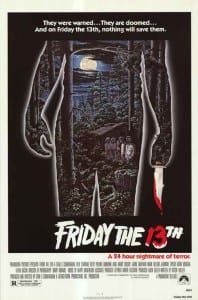 In Friday the 13th, death has cursed Camp Crystal Lake since 1957 when a young boy drowned there. The following year two summer camp counselors met an untimely demise after they skipped the campfire sing-along for some late-night bananas and cream. Life became altogether ooky after that.

Flash forward to the present day and an old codger’s looming omen against the very same camp’s reopening. He says everyone is doomed. Everyone! Minutes later, a young woman gets her throat slashed open. Gone are the good ole days when the worst that could happen was a thorough molestation by your counselor.

This mysterious killer quickly isolates and murders the counselors one by one. Blood flies everywhere, and when it doesn’t there is plenty of T & A flashed around to tide the viewer over until another stupid kid gets hacked in the face with an axe. You will find yourself screaming at them not to go outside alone and not to go into that cabin after they hear a strange voice and definitely not to have unprotected sex during the decade of rampant AIDS.

The story unfolds and we learn that the boy who drowned in the lake all those years ago was named Jason and his mother, Mrs. Voorhees, thinks he died as a result of the two counselors having sex and ignoring him. Mrs. Voorhees then turns psycho and starts talking in Jason’s voice and goes on a redneck rampage trying to kill a ho.

There is one final murder followed by a puzzled girl in a hospital and no known sightings of Jason. Sounds like they were thinking in making part two before part one was in the can.