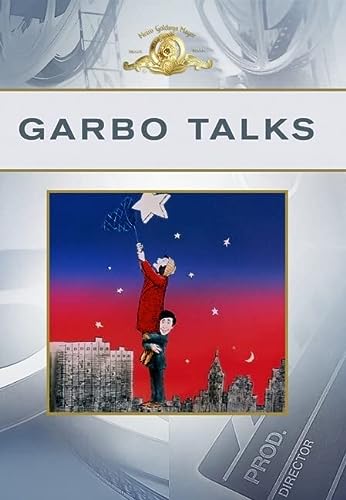 Estelle is a one-person protest army. She goes to jail over grocery prices; shames construction workers for catcalls to passing women, and won’t cross a picket line for her son’s wedding. She also loves Greta Garbo“>Gretta Garbo films.

When she learns she has a brain tumor and six months to live, she decides she must meet Garbo. Her dutiful son Gilbert, a Manhattan accountant named for Garbo’s co-star, hires a paparazzo to show him where Garbo lives. He stakes it out, gets a job delivering food there, seeks her on Fire Island, and tracks her to a Sixth Avenue flea market.

As his obsession distances him from his wife, he falls for a struggling actress he meets at work. Can he find Garbo, and if so, will she talk to him?