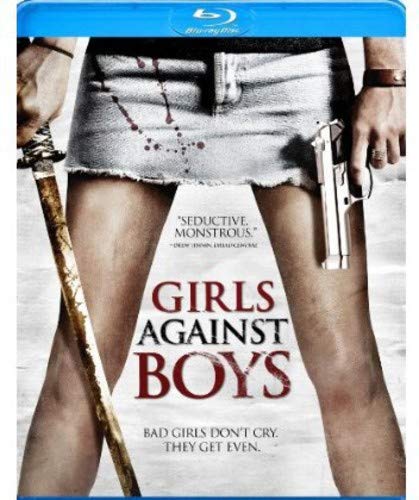 Anchor Bay Entertainment has announced that they will bring Austin Chick‘s Girls Against Boys to Blu-ray this February. The film was written by Chick and stars Danielle Panabaker, Nicole LaLiberte, Andrew Howard, Michael Stahl-David, and Liam Aiken. Girls Against Boys will be available everywhere on Blu-ray February 26.

In the film, naïve college student Shae (Panabaker) is tormented by several men in a matter of days and reaches her breaking point. She is drawn into coworker Lu’s (LaLiberte) twisted plan for revenge and together, the two embark on a gruesome killing spree, terrorizing and brutally murdering not just their attackers, but any man who gets in their way. However, after a wild weekend of retaliation, the friendship between the girls shifts into a dangerous obsession, and their perverse game becomes a desperate struggle for Shae to maintain control against Lu’s deadly and seductive influence.

Girls Against Boys was released in theaters on February 1, 2013. The Blu-ray will include an audio commentary with Danielle Panabaker and writer/director Austin Chick.