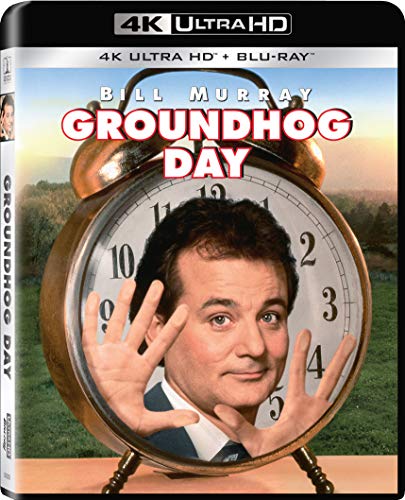 Phil Connors is weather man on his fourth year covering Groundhog Day festivities in Punxsutawney, Pennsylvania, and he makes no effort to mask his displeasure over it. However, this year is different. When a sudden blizzard hits the area, he and his crew must spend the night there. Upon waking up the following morning, Phil discovers its Groundhog Day again… and each subsequent morning for years there after. At first, he uses this to his advantage, then coming to the sad realization that he’s going to be stuck in that town for eternity, he tries to make the best of it.