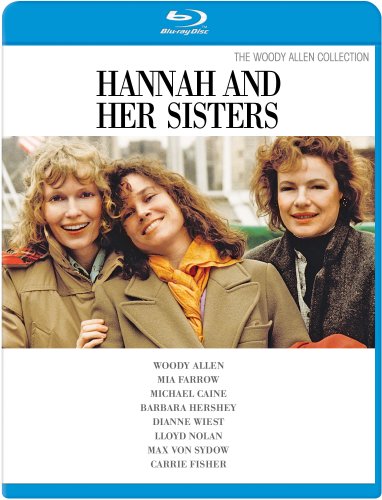 Hannah and Her Sisters [Blu-ray]

‘Hannah and Her Sisters’ Synopsis

Hannah and Her Sisters tells the story of three sisters.  The eldest daughter of show-biz parents, Hannah (Farrow) is a devoted wife, loving mother and successful actress.  A loyal supporter of her two aimless sisters Lee (Hershey) and Holly (Wiest), she’s also the emotional backbone of a family that seems to resent her stability almost as much as they depend on it.  But when Hannah’s perfect world is quietly sabotaged by sibling rivalry, she finally begins to see that she’s as lost as everyone else, and in order to find herself, she’ll have to choose – between the independence her family can’t live with…and the family she can’t live without.

Hannah and Her Sisters was released in February 1986 and grossed over $40 million at the box office.  The film was nominated for seven Academy Awards, winning three for Allen (Best Original Screenplay), Wiest (Best Supporting Actress), and Caine (Best Supporting Actor).