Irresponsible 20-something Jenny arrives in Chicago to live with her older brother Jeff, a young filmmaker living a happy existence with his novelist wife Kelly and their two-year-old son. Jenny’s arrival shakes up their quiet domesticity as she and her friend Carson instigate an evolution in Kelly’s life and career. Meanwhile, Jenny strikes up a rocky relationship with the family’s babysitter-cum-pot dealer. (Courtesy of Lucky Coffee Productions) 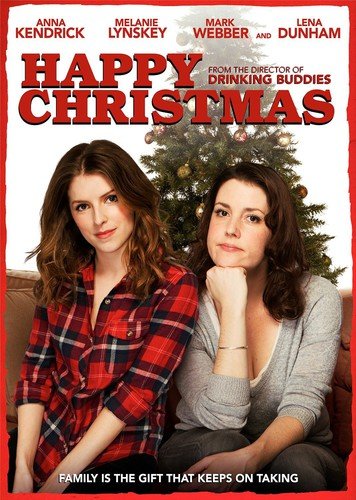 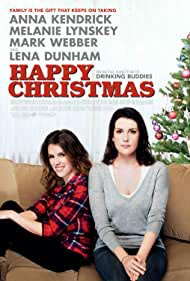 Jenny (Anna Kendrick) is a 20-ish woman who has recently broken up with her boyfriend. Wanting a change in her life, she decides to move to Chicago to live with her older brother Jeff (Joe Swanberg), his parttime novelist wife Kelly (Melanie Lynskey), and their two-year-old son Jude during the Christmas holiday. Jeff is a film maker that is busy on a project.

Jeff and Kelly live a happy existence and balance their responsibilities as a team, but the arrival of Jenny begins to throw things off balance. While in town, Jenny gets together with her friend Carson (Lena Dunham), who wants to help Jenny get over her past relationship. Jenny gets really drunk and passes out of one of Carson’s friend’s houses. Carson has trouble getting Jenny back to Jeff’s house and is forced to call Jeff for assistance in the middle of the night.

Jenny’s drunken night causes Jeff and Kelly to call in a babysitter at the last minute the next morning since Jenny remains passed out. When she eventually awakes, Jenny meets Jeff and Kelly’s babysitter, Kevin (Mark Webber). Jenny and Kevin get along well. However, Kelly becomes concerned about Jenny’s behavior and asks Jeff to talk to his sister. Jeff fails to connect with his sister and blows off Kelly’s concerns. Reluctantly, Kelly is forced to leave her son in Jenny’s care. When Kelly returns after an afternoon of shopping, she finds Jenny and Carson drinking together and Jude asleep.

Kelly decides to drink with the girls, and they discuss Kelly’s career. Kelly expresses her frustration of how much time a child takes from furthering her writing career. Jenny and Carson encourage Kelly to return to writing. The conversation spurns Kelly into asking Jeff for time away so that she can work on her writing. Jeff agrees to give her some time and to watch Jude.

Later that night, Jenny visits Kevin at his apartment. The pair smoke marijuana and begin to get to know each other. Eventually, the pair begin to kiss, but Jenny becomes uncomfortable and leaves suddenly, which leaves Kevin feeling awkward. The next day, Kelly uses Jeff’s empty production office to work on her writing. Jenny visits her at the office, distracting her, and engages Kelly in a conversation about authoring cheap romantic novels to make money. Kelly is not to excited about the idea, but Jenny offers to help her.

I think you’re so pretty. It’s like you’re ‘a lot’ prettier than you feel like you are. Carson (Lena Dunham)

Not long after, Jenny begins looking for a place of her own and brings Kevin along with her. At the same time, Jenny helps Kelly write her trashy romance novel. While at home, Jenny and Jeff begin getting high with each other with some of Kevin’s marijuana. The siblings reconnect as family. Jenny’s interactions with Kelly and Jeff cause them to become more romantic with each other. At the same time, Jenny continues to grow closer to Kevin and they have sex. Eventually, Carson becomes involved with Jenny and Kelly in their work on the book. Kelly tells Jenny that her involvement in the book has made her writing fun and that she is excited about her work for the first time in a long time. Jenny expresses that helping with the book as helped her as well.

On Christmas Eve, Kevin tells Jenny that he needs to go to his mother’s house for Christmas, and Jenny feels rejected. She goes on a bender of alcohol and weed. She leaves a pie in an oven that burns and fills up Jeff’s house with smoke in the middle of the night. The smoke alarm wakes up Jeff and Kelly who are angry with Jenny for her selfish behavior. The next morning, Christmas Day, Jeff and Kelly wake up and celebrate the holiday with their son. When Jenny does not join them, Kelly goes downstairs and finds that Jenny is gone. Jenny goes to the movies by herself and avoids the conflict with her family.

When Kelly returns to Jeff’s office to work on the book, she finds Jenny there. Jenny apologizes for her behavior, and Kelly invites her to come home.