Charles Bonnet is a master of art forgery. When he loans one of his best works—a faux Cellini Venus—to a Paris museum, his daughter, Nicole, objects. Later, she surprises a burglar named Dermott in her father’s workshop, but can’t call the police. They might discover her own father’s criminal activity. However, Dermott is actually an inspector gathering evidence against the girl’s father, but his attraction to Nicole complicates matters. In time, it looks as if the museum will discover the statue’s a fake. So, Nicole asks Dermott to steal the statue back before they have proof. The challenge intrigues him, and he agrees to her proposal. 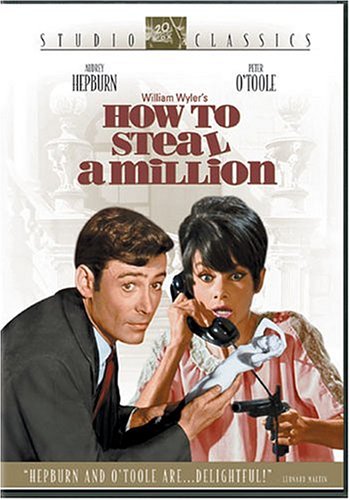 How to Steal a Million

‘How To Steal A Million’ Movie Summary 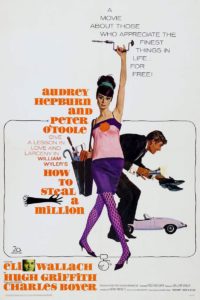 When your art-forger father is in danger of being exposed, what’s a girl to do? Nicole Bonnet (Audrey Hepburn) is horrified when her family’s ‘priceless’ Cellini Venus is placed on exhibition at the Kléber-Lafayette Museum and insured for a million dollars – it’s a fake sculpted by her grandfather, a fake that her father Charles Bonnet (Hugh Griffith) has offered to the museum as a ‘generous’ donation. What will happen to her poor, amoral father when the museum examines the Venus and finds the truth?

Lucky for Nicole, she’s just enjoyed a chance encounter with a thief! After catching Simon Dermott (Peter O’Toole) thieving in her father’s home, Nicole begs the handsome criminal to help her steal the Venus from the museum. With the help of Simon’s expert tactics and one very snug closet, Nicole and Simon concoct a plan to steal her family’s ‘million dollar masterpiece’ – a plan so good, they can’t help but fall in love.