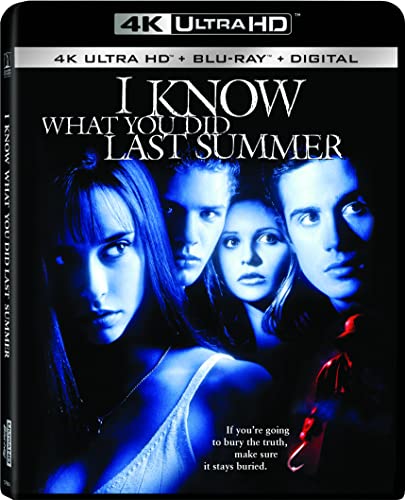 I Know What You Did Last Summer (25th Anniversary) [4K UHD]

‘I Know What You Did Last Summer’ Synopsis

It’s the Fourth of July, and Helen has won a beauty contest, to the delight of handsome boyfriend Barry; her best friend, the smart and ambitious Julie; and Julie’s boyfriend, Ray. After celebrating at an isolated beach, they head for home, but their revelry leads to an accident-they’ve killed a pedestrian. Scared and confused, they come to an uneasy decision to push the body off a pier. The four friends swear to take their secret to their graves. But that time may come a lot sooner than they think: A clever and vicious tormentor knows their secret and intends to make them pay for it.