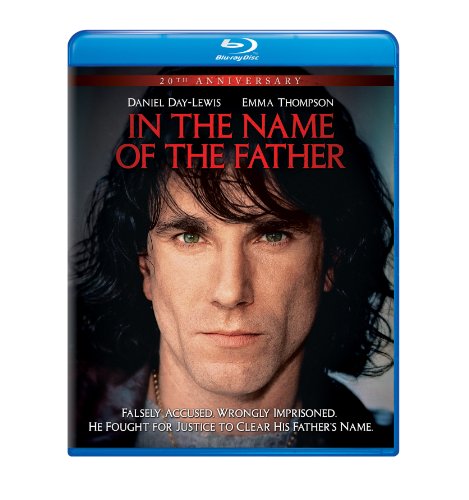 In the Name of the Father [Blu-ray]

Nominated for seven Academy Awards including Best Picture, In the Name of the Father tells the riveting true story of one man’s 15-year struggle and ultimate triumph over a terrible injustice. Academy Award winner Day-Lewis gives an impassioned performance as Gerry Conlon, a petty thief in 1970’s London who is forced to confess to a savage terrorist bombing that he did not commit. When he and his father (Postlethwaite) are both sentenced to life imprisonment as one of the “Guildford Four,” he finds a fiercely dedicated lawyer (Thompson) to help prove his innocence, clear his father’s name and expose the truth behind one of the most shameful legal events in recent history.

In the Name of the Father was released in December of 1993 and grossed over $65 million in worldwide box office. The Blu-ray release of the film will feature a DTS-HD Master Audio 5.1 surround track and My Scenes Bookmarking. Universal is not including any other additional extras.