Invasion of the Body Snatchers takes place in San Francisco. When Elizabeth Driscoll tells her co-worker, the public health inspector Matthew Bennell her husband has suddenly changed, her description of the changes intrigues him. They seek out psychiatrist David Kibner, who confirms that several of his patients too claim their own spouses aren’t the same anymore. Bennell writes it off as mass hysteria until two other of his friends, Jack and Nancy Bellicec, discover a partly formed corpse. They eventually learn that something is replacing humans with emotionless exact copies while they sleep. Can anything stop them in their nightmarish attack? 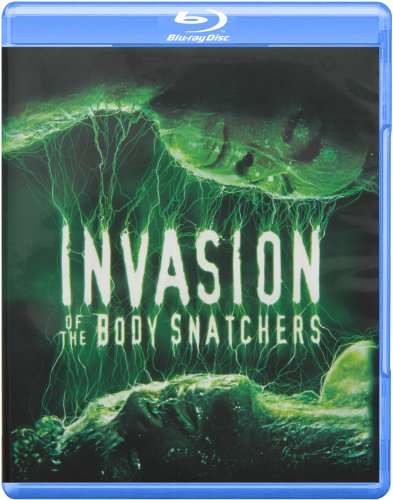 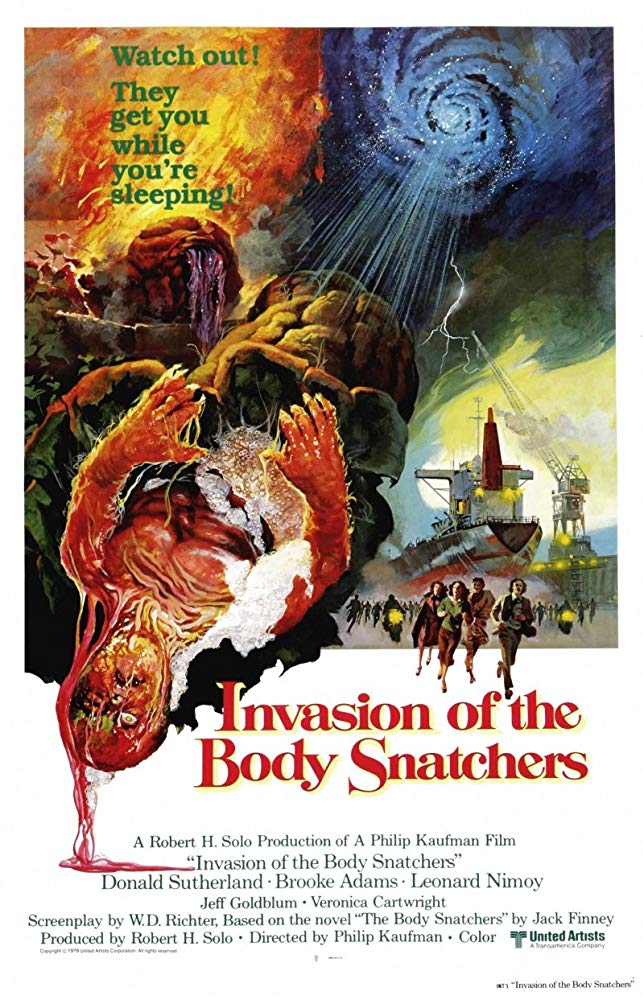 Invasion of the Body Snatchers begins with a dying, alien race that stumbles upon Earth, and lands quietly in San Francisco where they transform themselves into small pods. Elizabeth Driscoll (Brooke Adams) stumbles upon some in a park, and picks off a pink flower growing out of one of them. Oblivious to the danger, she takes it home.

The next morning she finds her boyfriend, Dr. Geoffrey Howell (Art Hindle), acting odd. She tells, Matthew Bennell (Donald Sutherland), about it. He recommends she talk to his shrink/friend Dr. Kibner (Leonard Nemoy). Kibner logically says that Elizabeth is trying to sabotage her relationship with Geoffery so she can dump him.

We cut to another part of town, where Matthew’s friends, Jack (Jeff Goldblum) and Nancy Bellicec (Veronica Cartwright), find a deformed body on a bed. They call Matthew to investigate. Matthew thinks the body looks similar to Jack. He then runs off to Elizabeth where he finds her clone growing in the bedroom garden. He whisks her away, and returns with police, but by then, Elizabeth’s double is long gone. Matthew assumes what he is seeing is out of this world and calls the government for help. Unfortunately, they push him to keep quiet so the public doesn’t panic.

Later, Matthew, Elizabeth, Jack, and Nicole doze off, and the aliens nearly duplicate Matthew. Nicole wakes him and the group flees the house they are in. During their escape, the couples separate from one another. Matthew and Elizabeth end up at the office they work at. In time, the clones of Jack and Dr. Kibner arrive. They tell Matthew that what they are doing is the only way for their species to survive.

The end is near

Matthew runs off to get a closer look. When he returns, he finds that Elizabeth has fallen asleep, and her alien clone has risen. He then sets fire to the warehouse; destroying many pods. As this happens, Elizabeth’s clone rats out Matthew and he flees.

In the morning, Matthew watches some children shuffle into a theater for conversion. Nancy, who has been successful hiding among the aliens, sees him and tries to talk to him. He turns and points at her with the alien scream. She too lets out a shriek of terror as the movie ends.