It’s a Wonderful Life takes place on Christmas Eve in Bedford Falls, A guardian angel named Clarence looks to convince George Bailey, who is at his wits end, not to commit suicide. George appears to be a good man and loving husband, but he’s sacrificed his dreams on behalf of the citizens of his small town. Once George inherited his father’s bank, he was no longer able to travel the world before heading to college as planned. George’s competitor is the evil banker, Mr. Potter, and despite many offers, George never sold him the family business to protect Bedford Falls. That decision has kept him from ever being able to afford a nice house of his own for his family. George’s married to Mary, and they have four children to support. After his Uncle Billy “loses” $8,000.00 (which Potter stole from him), George feels it’s best if he were never born, and tries to kill himself. Clarence feels that he’s not up for the task of getting George to change his mind, so he decides to grant George his wish. He shows him what life would be like if he were never born. 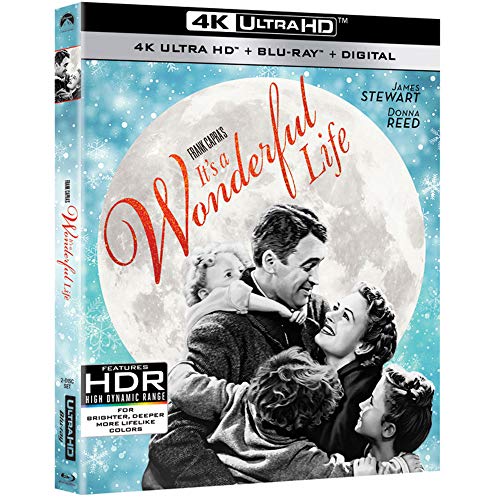 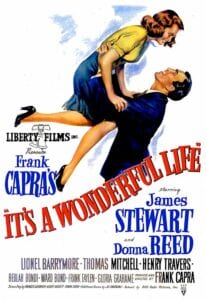 Clarence is a guardian angel. He’s been assigned to help a troubled man who is contemplating suicide. That man is George Bailey. In order to help Clarence help George, some senior angels show Clarence a movie of George’s life, a black and white movie of George’s life.George’s dad runs a small savings and loan where they make dubious loans to people of marginal credit. Mr. Potter, the rich misanthrope with the town under his thumb, hates Mr. Bailey, both for his lousy business acumen and the fact that the Bailey Savings and Loan rescues the common man from the harsh terms offered by Potter.

George dreams of leaving the small town of Bedford Falls. He wants to explore and travel the world. Mary, a sweet local girl, she just wants George and faithfully pursues him throughout his younger years, despite his practiced indifference. One night, when George is out with Mary, George’s dad suffers a stroke. The Bailey Savings and Loan will go under without George’s leadership. He takes charge with the understanding that his younger brother, Harry, will one day relieve George so he can get out of Bedford Falls once and for all.

Harry marries a rich girl and sticks George with running the family business. George settles into his new role and then settles with Mary and raising about a dozen kids instead of the life of an adventurer. But they manage to get by, and they build neighborhoods where working men can buy their own homes instead of renting a slum from Potter.

Uncle Billy, George’s ne’er-do-well business partner, loses a large deposit of cash one day as he’s gloating to Potter over some family business. The bank examiner arrives and tell George, more or less, that he’s ruined and that he’s going to jail. George begs Potter for the cash, but gets the cold ugly shoulder. Drunk and desperate, George decides to jump into an icy river so he can leave his family with a little bit of cash, instead of just the anger issues he’s already given them.

As George is about to jump into the river, Clarence jumps in first, and George follows to save him. George learns Clarence is an angel and tells him he wishes he was never born. Clarence calls him on that bluff, and he takes George into an alternate reality in which George had never been born. Turns out Bedford Falls sucks without George Bailey. Turns out it’s not even Bedford Falls without George Bailey.

This alternate world is called Potterville, and it’s girls, booze, pool, and flashing lights everywhere. The Bailey Savings and Loan never survived, and Ma Bailey rents her house out to boarders. Mary suffers the worst of all fates. She emerges late from the library sporting a pair of nerd glasses and bookshelf’s worth of man-hate. She’s turned into the most woeful of characters imaginable, an old maid.

This is more than George can bear. He punches a cop and demands that Clarence let him live his wonderful life. Clarence obliges.

George returns home where Mary and the kids have been praying for him. Their prayer was answered by the townsfolk. They rush to the Bailey home, cash in hand, and raise plenty of money to cover George’s expenses, all of them grateful for the services that George has rendered their little town. The Bailey Savings and Loan was saved, and George with it. And Potter, well, we can only assume he drops dead from the shock when George brings that cash to his bank.