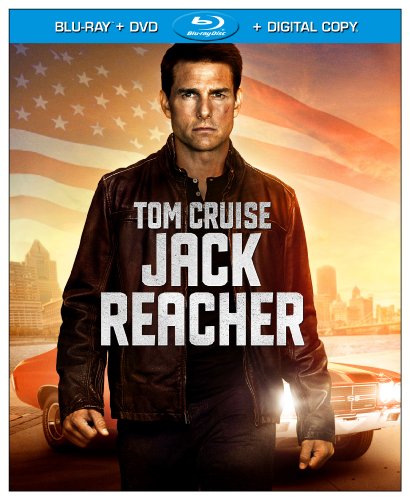 Paramount Home Media Distribution has officially announced and detailed its upcoming Blu-ray release of the action thriller Jack Reacher. The film is written and directed by Christopher McQuarrie and stars starring Tom Cruise, Rosamund Pike, Richard Jenkins, and David Oyelowo. Jack Reacher will be available online and in stores beginning on May 7th.

The film is adapted from a novel in Lee Child’s best-selling crime series and sees Cruise in the title role as an ex-military policeman turned vigilante drifter who is called in to investigate after an expert sniper takes the lives of five random victims. When the authorities pull in former army sniper, James Barr (Joseph Sikora), they are certain they have the perpetrator, but Barr believes he’s been set up and asks that Jack Reacher (Cruise) be assigned to the case. At first, Reacher is weary of Barr but after some thorough investigation he is led to believe there is an unseen force pulling the strings of the investigation and he’s determined to get to the truth.

Jack Reacher was released in December of 2012 and has grossed over $216 in worldwide box office to date.

The Blu-ray release will include several special features, including: a commentary by Tom Cruise and director Christopher McQuarrie; a commentary by composer Joe Kraemer; When The Man Comes Around featurette; You Do Not Mess With Jack Reacher: Combat & Weapons featurette; and The Reacher Phenomenon featurette.

Disclaimer: Affiliate links are contained in this post. This means when you click a link, and purchase an item, Movie House Memories will receive an affiliate commission. Advertisers and Affiliate Partnerships do not influence our content. See our Terms of Use about the inclusion of affiliate links on this site for more information.
March 11, 2013
1 minute read
Show More
Back to top button
Close
Close