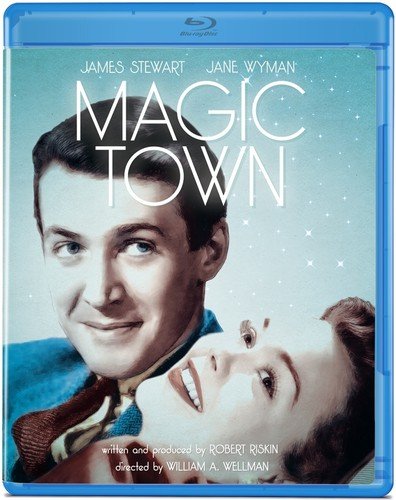 William A. Wellman’s Magic Town to Blu-ray this Spring. The film, which stars Jimmy Stewart, Jane Wyman, Kent Smith, and Ned Sparks, will be available online and in stores beginning April 22, 2013.

Magic Town, which is based on a screenplay by Robert Riskin, is reminiscent of a Frank Capra film. When ambitious pollster Lawrence Smith (Stewart) finds a small town whose citizens’ opinions accurately reflect those of America at large – he recognizes a chance to cash in. As local newspaper editor (Wyman) latches onto his game the clash threatens to destroy the town and everything it stands for. The film was released in October of 1947.

Disclaimer: Affiliate links are contained in this post. This means when you click a link, and purchase an item, Movie House Memories will receive an affiliate commission. Advertisers and Affiliate Partnerships do not influence our content. See our Terms of Use about the inclusion of affiliate links on this site for more information.
February 23, 2013
1 minute read
Show More
Back to top button
Close
Close