Based on true events, Fred Hampton is a young, charismatic activist who becomes Chairman of the Illinois chapter of the Black Panther Party. The post puts him directly in the crosshairs of the government, the FBI, and the Chicago Police. The FBI recruits William “Bill” O’Neal, a small-time criminal charged with a low-level federal offense, to infiltrate the Party and provide information concerning Hampton to the government. But when the government begins to discuss assassination as a means to silence Hampton, Bill begins to question his decisions. 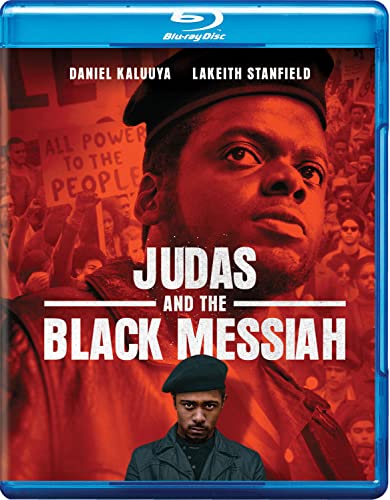 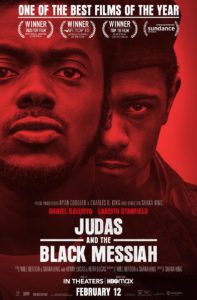 During the Civil Rights Movement of the late 1960’s, William “Bill” O’Neal (Lakeith Stanfield) is a 17-year-old petty criminal in Chicago. He is arrested after impersonating a federal officer during a car theft. Bill is approached by FBI Special Agent Roy Mitchell (Jesse Plemons), who offers to have Bill’s charges dropped if he agrees to work undercover for the government. Bill agrees and begins his assignment to infiltrate the Illinois chapter of the Black Panther Party so that he can gather information about the group’s leader, Fred Hampton (Daniel Kaluuya).

Soon after, Bill finds himself among the Black Panther ranks and growing closer to Hampton. Hampton works to spread the power base of the Black Panthers by forming alliances with rival gangs and militia groups while also extending community outreach programs such as Free Breakfast for Children. At the same time, Hampton’s public speeches draw crowds and influence people to help form the multiracial Rainbow Coalition. On a personal level, Hampton begins a relationship and falls in love with Deborah Johnson (Dominique Fishback), a fellow Party member.

Bill gathers intel and relays the information to Mitchell. Bill is paid for his information. Bill learns that a fugitive Party member, George Sams (Terayle Hill), who is hiding out in a local Party office is an informant for the bureau. Sams’s presence in the Party office allows the bureau to obtain search warrants. Shortly afterwards, Hampton is arrested and imprisoned. While Hampton is locked up, Bill begins to rise further in the ranks and is promoted to security captain. While in that role, the Party engages in a shoot out with the Chicago Police at the chapter office. During the gun battle, Bill sneaks out as the office is bombed by the police. Afterwards, Bill tells Mitchell that he is done being an informant. However, Mitchell threatens to have Bill incarcerated for the car theft. Bill continues to act as an informant.

Politics is war without bloodshed while war is politics with bloodshed. Fred Hampton

Some time later, Hampton is released from prison while his case is under appeal. Hampton reunites with Deborah, who is pregnant with his child. Once Hampton is back at the headquarters, everyone celebrates until they learn that a Party member, Jimmy Palmer (Ashton Sanders), who was shot during the police shootout, was killed by police while being transferred to another hospital. A Party member, Jake Winters (Algee Smith), becomes enraged and goes on a killing spree. Ultimately, he kills several police officers before being gunned down himself.

At FBI headquarters, FBI Director J. Edgar Hoover (Martin Sheen) orders Hampton to be neutralized before he returns to prison after losing his appeal. Mitchell seeks Bill’s assistance with the plan to kill Hampton. Bill rejects the idea, but Mitchell threatens to inform the Party that Bill is an informant if he refuses to help. Bill reluctantly agrees to assist. Bill is approached in a bar by an alleged government agent who hands him a vial of sedatives and orders him to drug Hampton’s drink with them.

The next night, Party members gather at Hampton’s apartment before he departs for prison the next day. An allied gang leader offers Hampton money for him to flee the country with, but Hampton turns it down. Instead, Hampton orders a trust be established with the money in Jake’s name. During the evening, Bill drugs Hampton’s drink and leaves the party. A few hours later, Chicago police officers and FBI agents raid Hampton’s apartment, killing several Party members including Hampton. Deborah is present during the raid and hears the law enforcement agents execute her husband while he lies in his bed. A few days later, Bill meets with Mitchell who gives him money and a pair of keys to a gas station that has been purchased in Bill’s name. Bill attempts to quit again, but reluctantly accepts the money and the keys instead.

The film ends with archive footage of Hampton’s speeches, his funeral procession, and an interview with the actual William O’Neal in 1989. The audience is informed that Bill continued to work as an informant against the Party until 1979. Bill committed suicide the day after his television interview was aired in 1989. A lawsuit was filed against the FBI and the Chicago Police Department for the raid on the Hampton apartment in 1970. The case was settled 12 years later for $1.85 million. Deborah eventually gave birth to a son; Fred Hampton Jr. Deborah and her son serve as board member and chairman of the Black Panther Party Cubs.