In Jumanji: The Next Level, the gang is back, but the game has changed. As the group returns to Jumanji to rescue one of their own, they discover that nothing is as they expect. The players will have to brave parts unknown and unexplored, from the arid deserts to the snowy mountains, in order to escape the world’s most dangerous game. 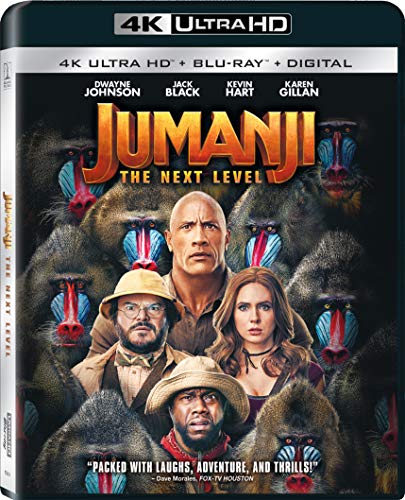 ‘Jumanji: The Next Level’ Movie Summary 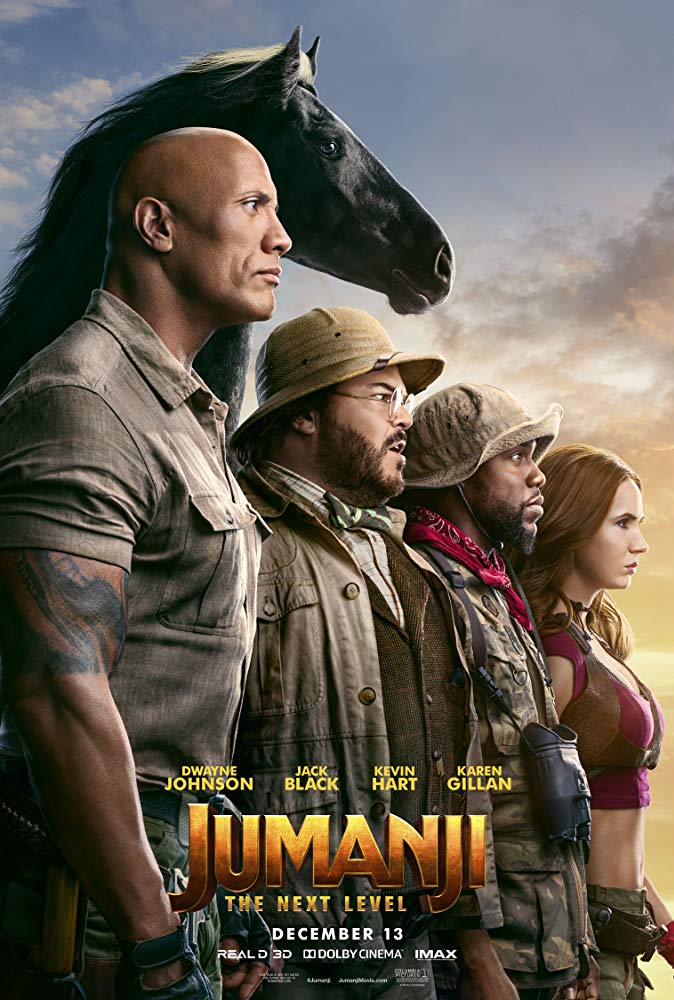 It has been three years since his last Jumanji adventure, and Spencer Gilpin (Alex Wolff) lives in New York where he is attending college. He works at a dead end job stocking grocery shelves. He has grown apart from his friends Anthony “Fridge” Johnson (Ser’Darius Blain), Bethany Walker (Madison Iseman), and Martha Kaply (Morgan Turner). The foursome plan a reunion brunch in their hometown of Brantford during the holidays, but Spencer fails to show up for the meal.

The following day, Fridge, Bethany, and Martha go to Spencer’s house to follow up. They encounter Spencer’s grandfather, Eddie (Danny DeVito), who is convalescing at Spencer’s house following hip surgery, and Eddie’s former friend and business partner, Milo Walker (Danny Glover), who is visiting Eddie for the first time in many years. Fridge, Bethany, and Martha search the house for Spencer and find the Jumanji console repaired in the basement. The trio deduces that Spencer must have returned to the game world and decide to follow him into Jumanji.

Fridge and Martha try to tell Eddie and Milo the rules of the game and the limits of their character’s lives. The non-player character Nigel Billingsley (Rhys Darby) arrives and informs the players that since their last visit, Jumanji is suffering from a massive drought. Nigel reveals that they must recover the Falcon Jewel, a magical necklace, that has been stolen by the warlord Jurgen the Brutal (Rory McCann). Once the group has the necklace, they need to expose the jewels to sunlight and utter the word Jumanji to end the drought and return them all to the real world.

Nigel drops the adventurers off in the desert to begin their hunt for Jurgen. Almost immediately, the group is attacked by a flock of ostriches. They escape the large birds and find a settlement. In the settlement, they encounter the thief Ming Fleetfoot (Awkwafina) who is the avatar assigned to Spencer in this adventure. Spencer tells them that he entered Jumanji because he had purpose in the game world, something that he felt he did not have in the real world. Spencer agrees to team up with the group to win the game. Meanwhile, Bethany seeks the help of Alex Vreeke (Colin Hanks), the boy who they helped save from the game in the previous film. Bethany informs Alex that she was not taken into the game, and that everyone else is trapped again.

Back in the village, the group learns about a new item that they need to collect called a Jumanji Berry. They also discover a pool of glowing green water that allows them to switch avatars. Eddie and Milo continually fight with each. It is revealed that their relationship ended when a diner they both owned was sold behind Eddie’s back, forcing him into retirement. The two put their differences aside so the group can escape a troop of mandrills. After they escape, they encounter Alex in his avatar form of Jefferson “Seaplane” McDonough (Nick Jonas) and Bethany who has been assigned the avatar form of Cyclone, a black horse.

The group gets away from the desert and finds a river with the same glowing green water found in the village. Spencer, Bethany, and Fridge regain their original avatars, while Eddie and Milo assume the avatars of Ming and Cyclone respectively. Jurgen’s men attack and Eddie and Milo are captured. The group comes together to infiltrate Jurgen’s forces to free Eddie and Milo and to steal the Falcon Jewel from Jurgen. Fridge and Bethany pose as the Brothers Kababik, two of Jurgen’s allies, and distract Jurgen and his men.

However, their ruse is exposed when Jurgen’s men receive a message that the real brothers are running late. As a result, a battle ensues. Spencer pursues Jurgen to his airship. Spencer and Jurgen fight, but Spencer is not able to defeat Jurgen. Spencer is knocked from the airship, but is fortunately saved by Milo as Cyclone, who reveals that he is a flying horse. Eddie and Milo work together to steal the Falcon’s Heart and take it to the sun. Once they clear the clouds, they call out Jumanji, ending the drought.

Triumphantly, the group returns the necklace to Nigel and prepares to return to the real world. Milo elects to stay behind and protect the land as Cyclone the flying horse. In the real world, Milo is dying and wants to live on in a way that means something. Eddie and Milo finally set aside their differences before Eddie returns with the kids to the real world.

Back in the real world, Spencer feels comfortable with himself again and teaches his grandfather how to play video games. Eddie uses what he learned in the game world to convince the owner of his old diner (Bebe Neuwirth) to hire him as a manager, while Spencer and his friends enjoy their delayed meal together.

In a mid-credits scene, a heating mechanic finds the Jumanji game in the basement at Spencer’s house. He finds himself strangely drawn to the game. Next, we see Spencer and his friends exiting the diner while a flock of ostriches rush past the restaurant.