Jumanji: Welcome to the Jungle is the sequel to the hit 1995 film starring Robin Williams. Four teenagers in detention discover an old video game console with a game they have never heard of. When they decide to play, they are immediately sucked into the jungle world of Jumanji in the bodies of their avatar. They have to complete the adventure of their lives filled with fun, thrills and danger or be stuck in the game forever! 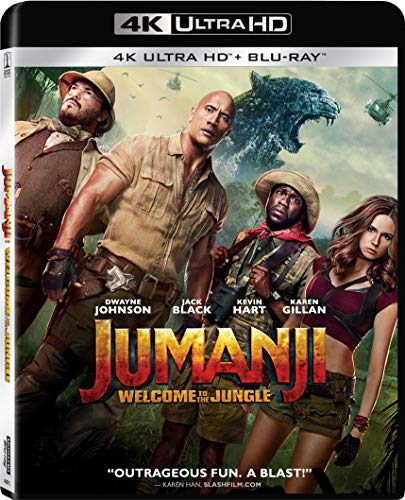 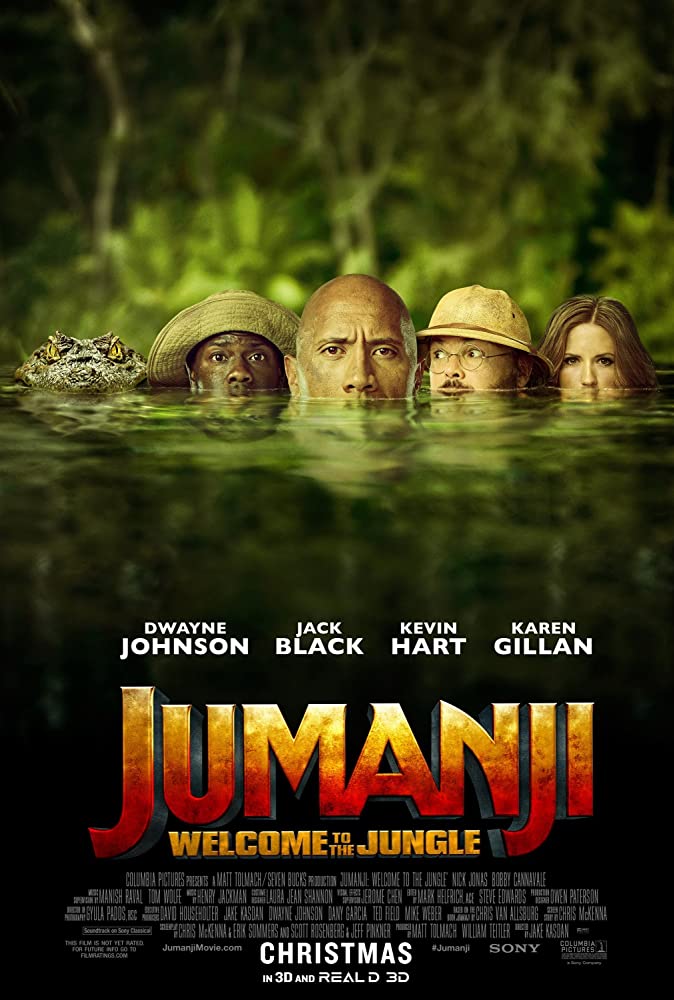 Jumanji: Welcome to the Jungle starts in 1996. A father brings home a Jumanji board game to his teenage son, Alex Vreeke (Mason Guccione), after he finds it on a beach. Alex is uninterested in a board game, gravitating more towards video games. However, the Jumanji board game transforms into a video game cartridge overnight. The next day, Alex plays the new video game and finds himself sucked into the world of Jumanji and never returns. The boy’s disappearance causes Alex’s father (Tim Mattheson) to become despondent who in turn lets the family home fall apart. The dilapidated home becomes known as Freak house for its neglected appearance.

Twenty years later, four Brantford High School students – Martha Kaply (Morgan Turner), Bethany Walker (Madison Iseman), Spencer Gilpin (Alex Wolff), and Anthony “Fridge” Johnson (Ser’Dariius Blain) – are placed into detention and directed to clean up the school’s basement as punishment. Fridge discovers Alex’s discarded video-game system. Fridge and Spencer decide to play the game and invite the girls to join them. They each pick their characters and the game begins. However, each of them finds themselves being sucked into the video game. They reappear within a jungle in the video game world as their chosen avatar. Spencer becomes the muscular explorer and archaeologist Dr. Smolder Bravestone (Dwayne Johnson), Fridge becomes zoologist Franklin Finbar (Kevin Hart), Martha becomes commando and martial arts expert Ruby Roundhouse (Karen Gillan), and Bethany becomes Professor Shelly Oberon (Jack Black), a doctor of cartography and paleontology.

They each find three tattoo marks on their left arms, which they realize represents their lives in the video game world after Bethany is eaten by a hippopotamus and one of her marks disappear. The group encounters a non-player character Nigel Billingsley (Rhys Darby), who provides them with the game’s narrative and their characters’ backstories. Nigel reveals that their mission is to end a curse on Jumanji that was brought about by a corrupt archaeologist Professor Van Pelt (Bobby Cannavale). Van Pelt has stolen a magic jewel known as the “Jaguar’s Eye” which has given the evil archaeologist control of all the animals. The group is told that they need to return the jewel to a statue in its shrine and call out “Jumanji” in order to lift the curse and win the game. Then they will be allowed to leave the game world.

During their journey, the group encounters the fifth avatar of the game, pilot Jefferson “Seaplane” McDonough (Nick Jonas). Seaplane is actually Alex who has spent the last twenty years trapped in the game. Seaplane takes them to a jungle house that was built by Alan Parrish (Robin Williams) when he was trapped in the game previously. The group tells Alex how long he has been trapped in the game, and he is surprised, believing that he has only been there a few months. Alex joins their quest, although he only has one life left in the game.

Once back in the school’s basement, they discover that Alex is not with them. Bethany, who has developed feelings for Alex, rushes with the others to the Freak house to find Alex. The house is no longer a shambles and is actually decorated for the Christmas season. The group sees an adult male with a wife and kids. Alex (Colin Hanks) informs them that when he exited the game, he returned to 1996, shortly after he disappeared as a child. Alex explains that he grew up and married and had a family. He explains that he named one of his daughters Bethany after the brave woman who saved his life in the game.

The film ends with the four players becoming friends. Spencer and Martha begin a relationship with each other. One day, the group hears the drumbeats of Jumanji coming from the game cartridge. Fridge crushes the game cartridge with a bowling ball, preventing anyone else from ever playing the game again.