Lethal Weapon begins with Roger Murtaugh’s 50th birthday. With just a few more years to go before retirement from the Los Angeles Police Department, the homicide department teams him up with Martin Riggs. Riggs lost his wife in a car accident three years prior, and no longer cares if he lives or dies. As Riggs’ suicidal attitude causes many problems for his new partner, the men soon find themselves knees deep in a murder investigation. This quickly leads them to a heroin operation that will jeopardize the well-being of Murtaugh’s family. 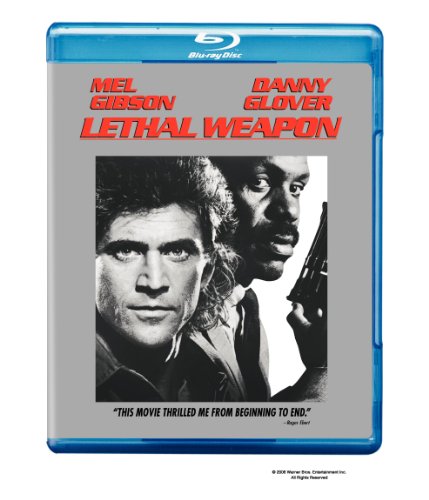 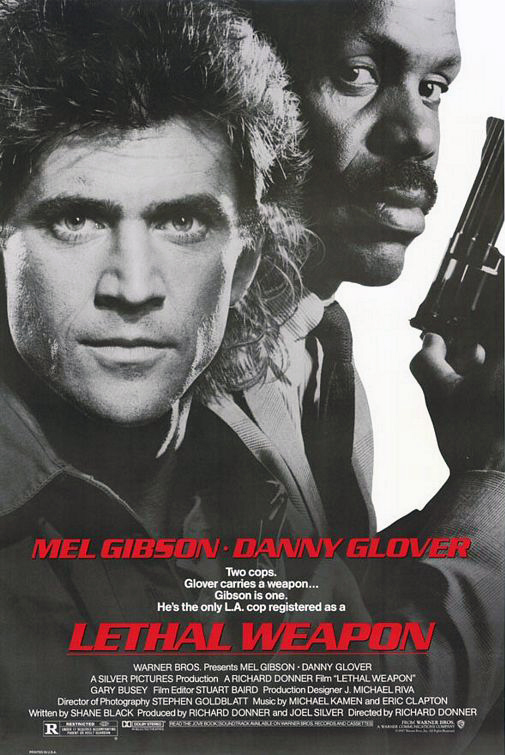 Not only is Riggs suicidal, but he’s also started taking his anger out on suspects. This is the main reason narcotics wants him transferred out. True to the ‘80s buddy cop genre, Murtaugh and Riggs’ different backgrounds cause them to argue and bicker with each other from the get go.

Murtaugh’s old Vietnam War buddy and current banker, Michael Hunsaker (Tom Atkins) contacts him about his daughter, Amanda (Jackie Swanson). Before the two men can meet, Amanda winds up dead from an apparent suicide after she jumped from her apartment balcony.

However, an autopsy reveals someone poisoned her using drain cleaner; making this a case for homicide. Hunsaker was quite concerned about Amanda’s involvement in drugs, prostitution, and pornography. He was hoping Murtaugh could help her escape that life before it was too late, but now it’s too late.

Murtaugh and Riggs head out to question Amanda’s pimp. Once there, they find a drug lab on the premises which leads to a shootout. Riggs saves Murtaugh’s life when he kills the pimp, and Murtaugh starts to loosen up around his new partner.

There’s more to Amanda’s murder than meets the eye

With the pimp dead, the case seems closed. However, Riggs knows that the only witness to Amanda’s alleged suicide is another prostitute named Dixie (Lycia Naff), and he’d like to talk to her. When the boys attempt to question Dixie at her home, it explodes as they arrive. In the debris, Riggs finds parts of a mercury switch—indicating a professional hit. Nearby, some children saw a man approach the house with a tattoo similar to one Riggs has. Murtaugh now suspects Hunsaker isn’t telling him the full truth.

The boys next pay Hunsaker a visit before Amanda’s funeral. He says he was until recently an operative of Shadow Company—a heroin-smuggling operation some old Special Forces soldiers from the Vietnam War run. Retired General Peter McAllister (Mitchell Ryan) is the mastermind with Jack Joshua (Gary Busey) his enforcer. Hunsaker laundered the money for them, but eventually wanted to out. When McAllister found out he contacted Murtaugh, McAllister ordered Amanda’s death in retaliation.

Now Murtaugh wants to know everything about Shadow Company, but Joshua arrives via helicopter, and kills Hunsaker before he can reveal any more. Shadow Company follows that up with an attempt on Riggs’ life, but his bulletproof vest saves him from the drive-by shooting. Murtaugh and Riggs take this opportunity though to fake Riggs’ murder to throw McAllister off.

Things turn personal for our boys when Shadow Company kidnaps Murtaugh’s daughter, Rianne (Traci Wolfe) to get Murtaugh turn himself over to them in exchange for her safe return. Murtaugh and Riggs plan to ambush the men at the exchange at El Mirage Lake with Riggs as a sniper. Unfortunately, McAllister catches Riggs first, and they are able to take the trio to an unknown location.

There, they torture Murtaugh and Riggs for information, but Riggs is able to overpower his captors, and then free Murtaugh and Rianne. When they escape, they find themselves in a busy nightclub Shadow Company uses as a front. With their cover blown, McAllister and Joshua make their separate escapes.

While Joshua gets away, Murtaugh shoots McAllister’s driver which causes his car to veer out of control. A bus on Hollywood Boulevard strikes it which starts a fire in the car. As the flames spread they detonate the grenades in it, and McAllister dies in the blast.

Knowing that Joshua will most likely go after Murtaugh’s family for revenge, the boys race there to protect them. They arrive in the nick of time which results in a violent brawl between Riggs and Joshua on the front lawn. Riggs gets the better of him, and just as the arriving offices take him into custody, Joshua breaks free. He steals a gun from one of the patrolmen, and starts to draw it on the boys. Murtaugh and Riggs quickly pull their guns, and shoot Joshua dead.

On Christmas day, Riggs visits his wife’s grave before spending the rest of it with the Murtaughs. The men are now close friends, and Riggs is part of the family. As a present, Riggs gives Murtaugh the hollow-point bullet he’d been saving to kill himself. He doesn’t need it anymore.