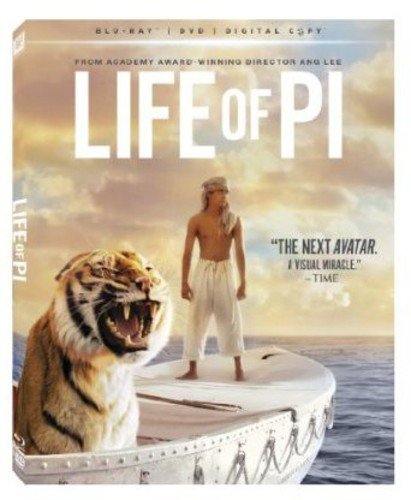 Blu-ray.com is reporting that 20th Century Fox Pictures is bringing its highly acclaimed adventure drama Life of Pi to Blu-ray and Blu-ray 3D this March.  The film is directed by Ang Lee and stars Suraj Sharma, Irrfan Khan, and Adil Hussain.  The screenplay is written David Magee and based on the acclaimed novel by Yann Martel.  Life of Pi is scheduled to hit stores on March 5, 2013.

Life of Pi is a magical adventure story centering on Pi Patel (Sharma), the precocious son of a zoo keeper.  Dwellers in Pondicherry, India, the family decides to move to Canada, hitching a ride on a huge freighter.  After a shipwreck, Pi finds himself adrift in the Pacific Ocean on a 26-foot lifeboat with a zebra, a hyena, an orangutan and a 450-pound Bengal tiger named Richard Parker, all fighting for survival.

Life of Pi was released in October 2012 and has grossed over $85 million at the box office to date.  The film has been nominated for three Golden Globe Awards, including Best Picture – Drama and Best Director (Lee).

Here is the theatrical trailer for Life of Pi.

The Terminator (1984) Coming Back To Blu-ray

The Bourne Identity (2002) Brings Back Old Memories on Blu-ray

Life Is Sweet (1990) Laughs it up on the Criterion Collection

The Terminator (1984) Coming Back To Blu-ray

The Bourne Identity (2002) Brings Back Old Memories on Blu-ray

Life Is Sweet (1990) Laughs it up on the Criterion Collection