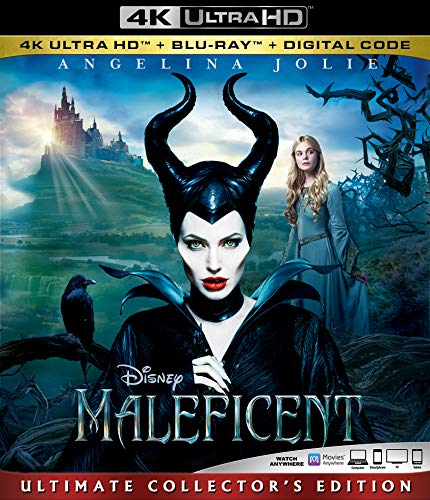 Explore the untold story of Disney’s most iconic villain in this wickedly fun twist on the classic Sleeping Beauty. In an unforgiving mood after a neighboring kingdom threatens her forest, Maleficent places an irrevocable curse on the king’s newborn daughter, the Princess Aurora. But as the child grows, Maleficent finds herself becoming fond of the girl. And as the conflict between the two realms intensifies, Maleficent realizes that Aurora may hold the key to peace in the land.