“Practically Perfect In Every Way” Mary Poppins flies out of the windy London skies and into the home of two mischievous children. With the help of a carefree chimney sweep named Bert, the spirited nanny turns every chore into a game and every day into a “Jolly Holiday.” 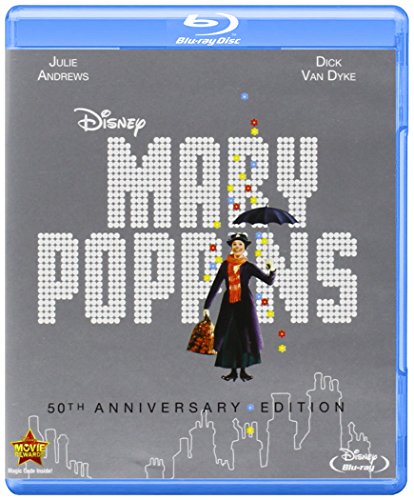 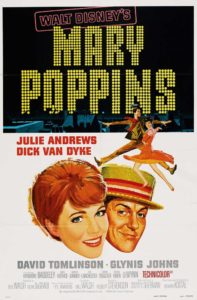 Jane and Michael plead with their father to help them fix a broken kite. Mr. Banks refuses, preferring to leave the care of his children to a nanny. The children turn to mischief to receive the notice they require.

Through magical circumstances, Nanny Mary Poppins umbrella drops into the Bank’s home and their lives will be forever changed.

Mary teaches the children that a”spoonful of sugar” makes medicine and chores sweeter. “It’s a jolly holiday with Mary.” With Mary’s old friend Bert, they all explore the supercalifragilisticexpealidocius streets, parks, and rooftops of Edwardian London.

Mary’s influence extends to Mr. and Mrs. Banks, helping them to realize what they are missing by neglecting a relationship with their precocious children. George fixes the children’s broken kite and after a kerfuffle, becomes a junior partner of the bank.

As the wind changes, Mary Poppins finds her work is done and she umbrellas away as Bert says- “hopefully not for too long.”

User Rating: Be the first one !
3 weeks ago
1 minute read
Show More
Back to top button
Close
Close