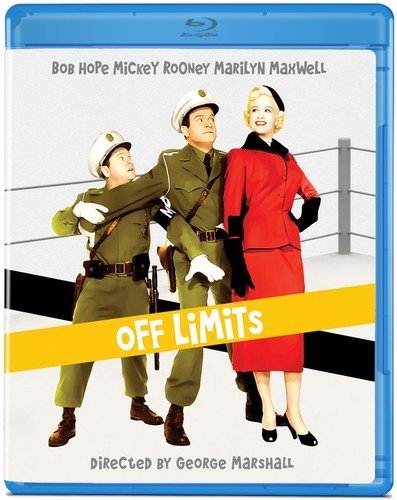 Olive Films has announced the addition of the comedy Off Limits to its upcoming slate of Blu-ray releases. The film was directed by George Marshall and starred Bob Hope, Mickey Rooney, Marilyn Maxwell, Eddie Mayehoff, and Stanley Clements. Off Limits will be available for purchase online and in stores beginning on August 20th.

Off Limits is the first and only teaming of comedy legends Bob Hope and Mickey Rooney. Hope plays a boxing trainer who loses his one and only champion to the draft and decides to enlist, so he could keep an eye on his prized fighter. He is left holding the laces when his boxer is discharged – until enlisted private and amateur boxer Herbert Tuttle ( Rooney) asks Bob to train him. Bob is more interested in Tuttle’s aunt (Maxwell) than actually training the young contender. Off Limits was released in March of 1953.