James Bond continues his mission to track down the head of SPECTRE, Ernst Stavro Blofeld. However, Blofeld has developed a lethal virus, and he now threatens to unleash it upon the world unless he receives a pardon for all of his previous crimes. Bond needs to race against the clock to take him out. His plan; marry into the biggest crime syndicate in the west to get information on Blofeld’s whereabouts. That trail eventually leads him to a remote alpine institute in Switzerland where he finds Blofeld’s not as easy to kill as it might seem. Additionally, he has ways of dealing with people who cross him, and those whom they love. 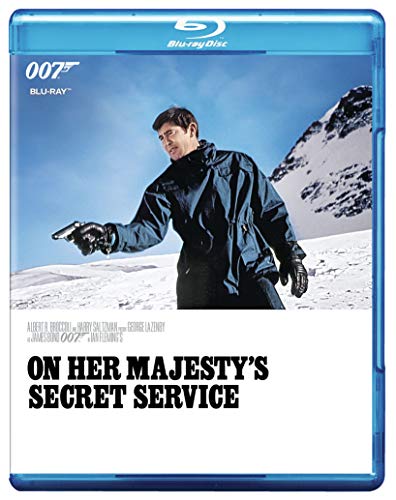 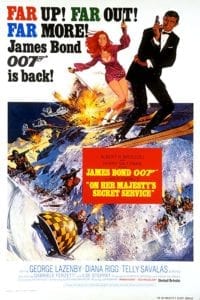 Bond saves a woman from suicide on a beach. Somewhat mysteriously, she doesn’t shag him, at least not immediately. Later, she invites Bond to her hotel room. There, he’s kidnapped by agents from the criminal organization Unione Corse. Their leader, Draco, wants Bond to woo and dominate his daughter. She’s the same mysterious girl Bond saved at the beach, Tracy diVicenzo. Bond refuses initially.

When he returns to London, MI6 takes Bond off the SPECTRE case. This puts Bond’s knickers in a twist, so he takes some leave to woo Tracy and learn the location of Blofeld, SPECTRE’s bald leader. Turns out Tracy doesn’t want to be wooed, which only makes Bond redouble his effort to woo her. He pursues Tracy, even after Draco divulges Blofeld’s location, but takes a break to infiltrate Blofeld’s organization.

Bond gets inside Blofeld’s castle by pretending he’s a gay genealogist who wants to get inside Blofeld’s castle. Blofeld is running an allergy clinic as a cover for his criminal mind-control and meat preparation business. Turns out Blofeld is brainwashing hot chicks into spreading diseases all over the world, a scheme he concocted when visiting the student health clinic at Arizona State.

Bond’s cover is blown by Blofeld, and he escapes by skiing down the hillside where he is met by Tracy. About six pointless chase scenes and one marriage proposal later, Bond and Tracy escape, thinking Blofeld died on the bobsled chase. Yes, there was a bobsled chase, it came after the car chase, the second ski chase, the running chase, and, of course, the avalanche chase.

Bond and Tracy stop running long enough to marry each other. As they drive off on their honeymoon, Blofeld blows by with his henchbroad and does a drive-by shooting, killing only Tracy, for whom Bond weeps.