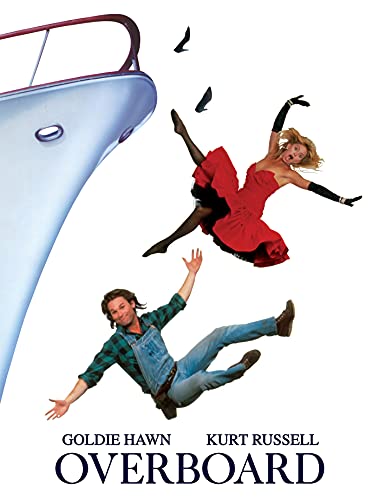 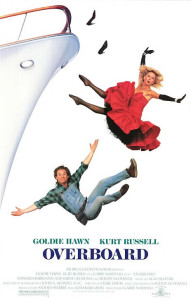 Joanna is a rich, frigid, bitch in a loveless marriage. She embodies the adage money doesn’t buy happiness because she has a ton of money and all it will buy – jewelry, yachts, and even a talking ape for a butler, all this notwithstanding, she is a miserable shrew.

While docked in a little town, she hires a white trash carpenter Dean Proffit, played by RJ MacReady, to build her a custom closet. Unhappy with the wood used, she stiffs him and pushes him and his tools overboard and sets sail.

Learning that karma is in fact a bigger bitch than herself, Joanna is also pitched overboard. She is fished out of the ocean by a Portuguese fisherman who mistakes her for a foca – a seal. She has complete amnesia, well almost complete amnesia because she still remembers how to act like an absolute bitch.

Her husband learns that she and her memory are gone and takes to the sea to party like a rock star, leaving his wife behind.

Macready learns that the woman that stiffed him is in town with amnesia, he then plots to make the screwer the screwee by making her his pretend wife and pretend mother to 4 unruly boys, thus exacting revenge and payback for his work on the closet and ruined tools.

Now let me explain this to all those out there. If you come across a woman with amnesia, do not follow the example of charming Dean Proffit. This is a very serious crime and not the first one he will commit as we will see.

Anyway, he calls her Annie and makes her his rich, hot, white slave. She cleans, cooks, and takes care of the boys. He creates a back story of her life explaining that she grew up a short, fat, white trash slut. A good chunk of the film is basically one big montage of Annie performing her motherly duties, thus becoming bonded to the kids and settling in to her new role as stay at home mom.

Seeing her affection for his kids, Dean starts to fall for her and the two end up doing the dirty and Dean adds Rape to the list of felonies he’s committed on Joanna. There is an old saying, you can’t rape the willing, but that’s not entirely true when the person is willing based on fraud.

The false relationship starts to become genuine as Joanna bonds with Dean and learns that he is a hard working entrepreneur who is willing to shovel shit and fish guts in order to realize his dream of creating a miniature golf course. With fake wife’s help, Dean is able to realize his dream and creates the wonders of the world miniature golf course.

Just as they are about to live happily ever after with Joanna being a kind, longsuffering, superwife and supermom and Dean as kind, successful white trash dad, Joanna’s husband come to retrieve her because Joanna’s mother, Mona from Who’s the Boss, has been demanding to talk to her. Upon seeing her husband, Annie/Joanna’s memory is immediately restored. She realizes who she has been living and sleeping with and immediately takes back to the sea and her old life while what she thought was her children call after her.

Once back to her life she realizes what all uppity white chicks that go slumming eventually realize: beer is good and poor guys really know how to give it to them. She decides she’s in love with her rapist and his spawn and wants to be a wife and mother in a small town.

Meanwhile, Dean and the kids have convinced the coast guard to take them to the yacht to retrieve Joanna. Apparently, he assumes she will quickly forgive him and return, and apparently he’s right.

They jump in the ocean for a needless attempt at a culminating romantic scene. The movie ends with the revelation that all the rich stuff is Joanna’s and Dean’s con has lead him to the ultimate score: a pile of cash and a hot piece of ass. With all their dreams realized, Joanna announces that the only thing she wants is another kid – sweet.

The message is clear: What all women really want is a litter of kids and a man who will take her and put her in her place. Message received loud and clear, Hollywood!