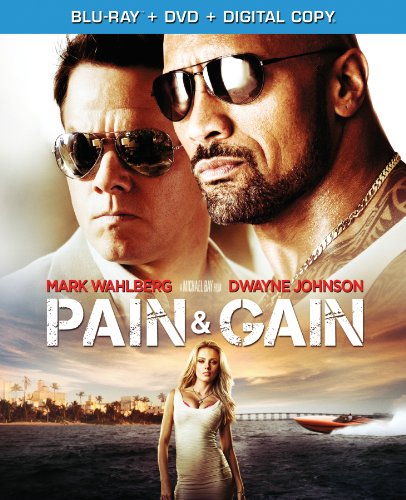 Paramount Home Media Distribution has officially announced that they are adding the black comedy Pain & Gain to their upcoming slate of Blu-ray releases. The film is directed by Michael Bay and stars Mark Wahlberg and Dwayne “The Rock” Johnson. Pain & Gain will available for purchase in a combo pack edition online and in stores beginning on August 27th.

Based on a true story, Pain & Gain follows a group of bodybuilders who engaged in a campaign of kidnapping, extortion and murder in Florida. First told in an article from the Miami New Times, the film also stars Anthony Mackie, Ed Harris, Rob Corddry, Tony Shalhoub, Rebel Wilson, Ken Jeong, Kurt Angle, and Bar Paly. The screenplay was written by Christopher Markus and Stephen McFeely.

Pain & Gain was released in April of 2013 and grossed over $49 million at the box office.

Paramount Home Media Distribution has not released any details concerning the exact tech specs and special features that will be included with the disc.

Disclaimer: Affiliate links are contained in this post. This means when you click a link, and purchase an item, Movie House Memories will receive an affiliate commission. Advertisers and Affiliate Partnerships do not influence our content. See our Terms of Use about the inclusion of affiliate links on this site for more information.
June 26, 2013
1 minute read
Show More
Back to top button
Close
Close