In Pale Rider, a mysterious preacher rides in to a gold mining camp near a small town in the mountains. The miners there find themselves in grave danger after a ruthless landowner decides to take their land. With the sheriff supporting that landowner, there’s only one man brave enough to save them; the preacher from nowhere with no past and no name. It leads us to the questions: Why is the Sheriff afraid of him? Why is the preacher such a good shooter, and is he really a preacher? 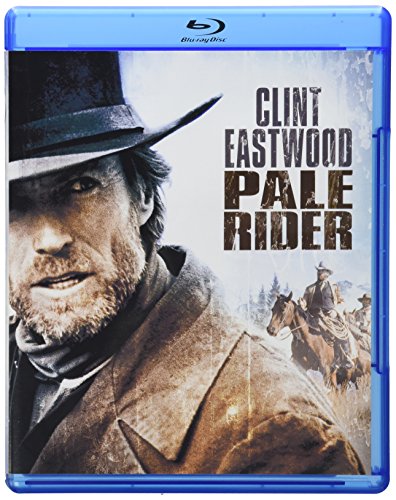 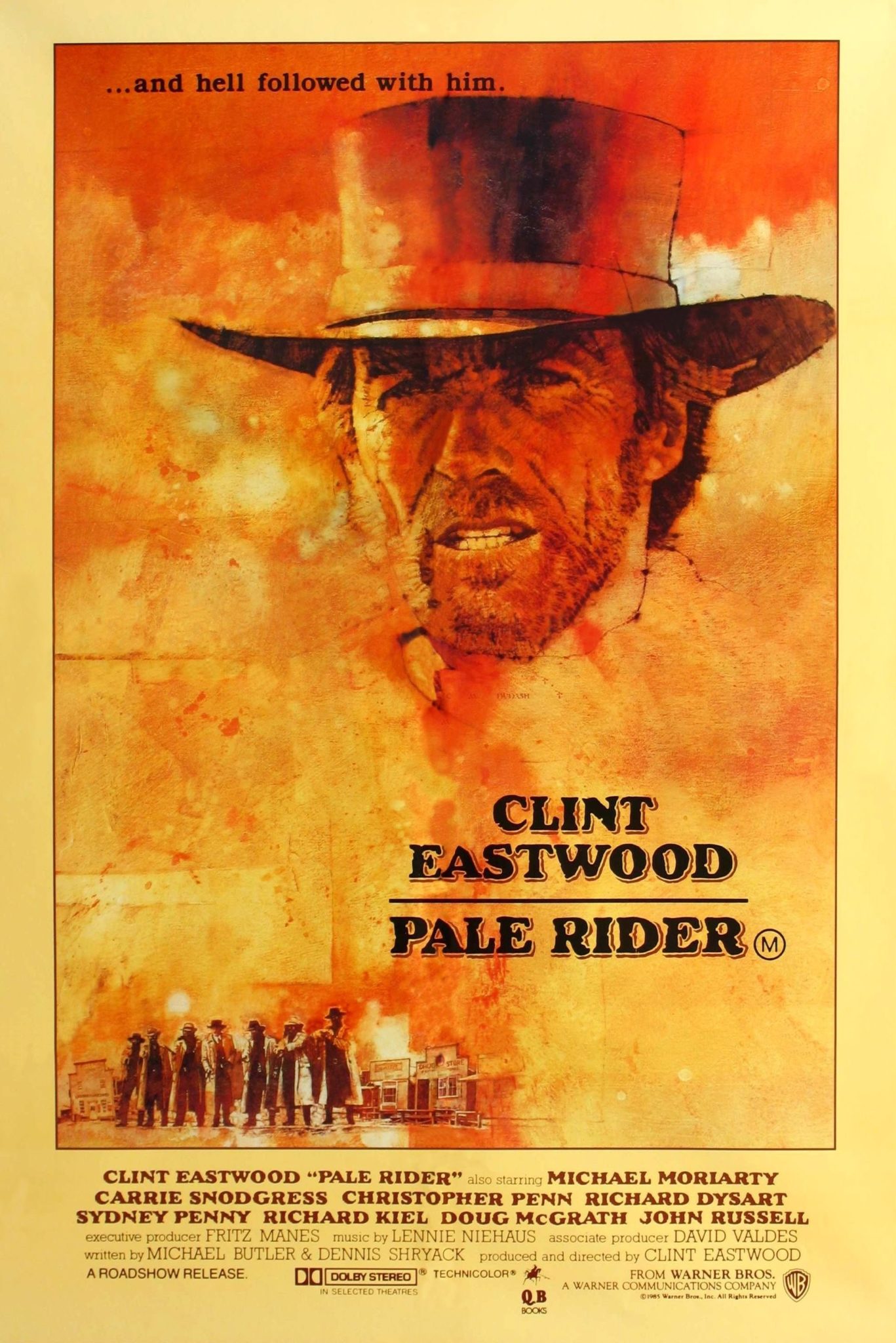 Pale Rider is set in and around the small California town of Lahood. Lahood is Spanish for town filled with criminals, aka hoods. Lahood is in the middle of a gold rush. And that explains why so few people live there. In the mountains near Lahood, there is a camp of a group of prospectors who are literally panning for gold. And someone someday will have to explain to me how that works, because it looks like the mining equivalent of a caveman trying to make fire with water.

The actual town of Lahood is owned and run by a big time miner Coy Lahood (Richard Dysart). Lahood is also Spanish for big bad guy. Lahood is trying to run the small prospectors out of the mountains because he believes they are literally sitting on a gold mine. The film begins with a Lahood raiding party tearing apart the prospectors’ camp in an attempt to scare them off.

The raiders even go as far as shooting the dog so that the audience knows that they are the bad guys. After the raid, some of the prospectors pack up to leave because they have had enough. However, one prospector, Hull Barret (Michael Moriarty), refuses to be intimidated and goes into town to get supplies, despite having no money. Once in the town of Lahood, Hull is ruffed up by some of Lahood’s goons until he is suddenly rescued by a mysterious stranger (Clint Eastwood) who appears out of nowhere like a ghost.

The camp welcomes the stranger

Hull is grateful for the assistance and invites the stranger back to the camp for dinner. Once in the camp, the stranger cleans himself up and reveals that he is wearing a clerical collar. Thus, for the remainder of the film, he is referred to as Preacher. Preacher is mysterious. He has a distinctive six bullet wound pattern on his back and a tendency to drop vague hints about his past.

He also has the ability to get every woman in the camp all hot and bothered. Soon after arriving in camp, Preacher finds himself being actively pursued by Sarah (Carrie Snodgress), Hull’s intended fiancé, and Sarah’s fourteen year old daughter Megan (Sydney Penny), who is looking to fill the void in her life left by her dead dog. And what better way than with a fifty something year old man.

Preacher’s effect is not just limited to the women. Preacher becomes an inspiration to the camp. Even those who were getting ready to leave, suddenly feel inspired to stay. This is a threat to Lahood’s plans. Lahood’s son Josh (Chris Penn), who usually leads the Wild Life, rides into camp with Club, a henchmen right out of a Bond film in an attempt to scare off Preacher. However, Preacher clubs Club and places the hobbled giant back on his horse like a good Christian would, sending Josh and his men away empty handed. The prospectors unite and begin working together to build their settlement inspired by Preacher’s courage.

A hired killer comes to town

Frustrated with his son’s inability to scare off Preacher, Lahood tries to bribe the prospectors out of their camp via a message to Preacher. Preacher conveys the message to the prospectors who are tempted by the offer, especially after Preacher informs them that Lahood intends to hire a famous gunman, named Stockburn (John Russell), to chase them off or kill them. Preacher tells the prospectors that Stockburn is a true killer and they need to seriously consider Lahood’s offer. Hull rallies the prospectors who vote to stay and fight for their land. However, they question their decision after the Preacher mysteriously disappears from the camp the next day.

Preacher rides off to the big city. There he goes to a Wells Fargo office and retrieves a safe deposit box. Inside of it, he finds two guns and his gun belt which he retrieves and leaves his clerical collar in the box before heading back to Lahood.

While Preacher is away, Megan decides to go on a walkabout and rides to Lahood’s strip mining camp. There she encounters Josh Lahood, who looks to do some of his own strip mining on Megan. Josh pulls Megan off her horse and attempts to rape her in front of his men, until Preacher returns and intervenes. He shoots Josh in his hand and returns Megan back to her mother.

Meanwhile, back in the camp, one of the prospectors, Spider (Doug McGrath), hits the mother load when he finds a football sized nugget of gold. He heads into town with his sons to celebrate and begins to try to start some shit with Lahood. Lahood sends out Stockburn and his men, who have arrived in town. The hired gunmen subsequently gun down the drunk Spider, and tell Spider’s sons to relay a message to Preacher. Come to the town the next morning to settle things with Stockburn and Lahood.

The following morning, Preacher arrives in town. First he guns down several of Lahood’s men in the general store. Stockburn sends his men out to search the town and kill Preacher. But like a Predator, the Preacher takes out Stockburn’s men one by one, until only Stockburn and Preacher are left. When Stockburn sees Preacher’s face, he goes into shocked disbelief as the Preacher is a ghost from his past.

Stockburn goes for his gun and is shot down by Preacher, who shoots him in the same pattern of bullet wounds that are on Preacher’s back, before shooting Stockburn one last time in the head. Lahood, hiding in his own office, looks to shoot Preacher unaware, but Hull arrives and kills the big bad.

The town and camp now being clear of all “Lahoods”, the Preacher has no time for love and gets on his horse and rides out of town. Just as Megan rides into town from the other direction. When informed that the Preacher just left, she runs to the edge of town and shouts her love and thanks to the Preacher, who is nowhere to be seen, disappearing into the mountains like a ghost.