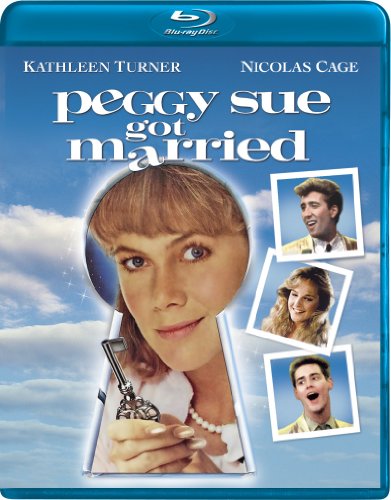 Image Entertainment has announced that they are adding Peggy Sue Got Married to their upcoming slate of Blu-ray releases. The film was directed by Francis Ford Coppola and stars Kathleen Turner, Nicolas Cage, Barry Miller, Catherine Hicks, Joan Allen, and Kevin J. O’Connor. Peggy Sue Got Married will be available in stores and online June 30, 2013.

Peggy Sue (Turner) and Crazy Charlie (Cage) have been suffering many difficulties in their marriage, and are now on the verge of divorce. Wishing to forget her troubles, Peggy goes to her 25th High School Reunion and is voted Reunion Queen. But then something very strange happens: Peggy passes out and travels back in time to revisit the years of her youth. She now has the chance to rewrite history, but is unsure whether she should avoid marriage to Charlie this time around or simply allow fate to take its course.

Image Entertainment has not released any details concerning the exact tech specs and special features that will be included with the disc.

Disclaimer: Affiliate links are contained in this post. This means when you click a link, and purchase an item, Movie House Memories will receive an affiliate commission. Advertisers and Affiliate Partnerships do not influence our content. See our Terms of Use about the inclusion of affiliate links on this site for more information.
May 9, 2013
1 minute read
Show More
Back to top button
Close
Close